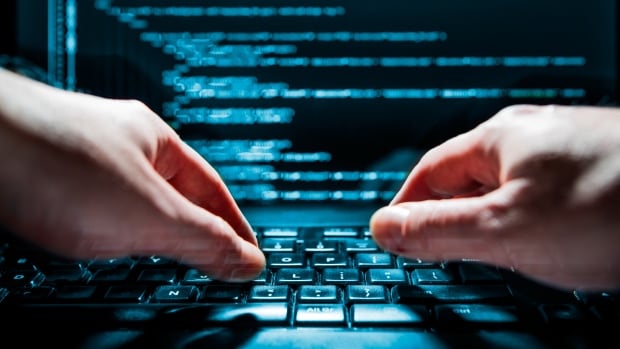 The agency in charge of Canada’s nuclear waste says an alleged cyber criminal posing as an Indigenous chief managed to cheat the organization into paying the person almost $300,000, money meant for community development at a First Nation in Ontario.

The funds were the second of two payments totalling $600,000 from the Nuclear Waste Management Organization (NWMO) to Chippewas of Saugeen First Nation, part of a controversial community development effort tied to finding a host site for a $23-billion tomb to seal Canada’s stockpile of used nuclear fuel for millennia.

“Earlier this year, we were made aware that we were the victim of fraudulent cyber activity when a payment was diverted from the intended recipient,” NWMO media relations manager Bruce Logan told CBC News in an email.

“Thankfully we were able to recover most of the funds. We have also transferred the full amount to Chippewas of Saugeen, the rightful recipient.”

Logan said the NWMO has opened an internal investigation. It had also reported the crime to the RCMP’s Canadian Anti-Fraud Centre, but the Mounties aren’t investigating, he said.

However, court documents filed by lawyers for the NWMO in its attempts to find the missing money were obtained and reviewed by CBC News. They provide some insight into how the alleged scammer got away with some of the money.

According to affidavits, the agency received two emails on Dec. 21, 2021, from an email account professing to be that of Saugeen First Nation Chief Lester Anoquot.

The first email contained instructions to make the payments to an account with the Royal Bank of Canada (RBC) instead of the band’s usual Canadian Imperial Bank of Commerce (CIBC) account. The second email held a copy of a void RBC cheque.

Fraudster claimed to be Saugeen chief

A series of emails were then exchanged between the person claiming to be the chief and agency officials as they tried to sniff out the legitimacy of the sudden change in payment instructions, the court documents said.

On Dec. 29, 2021, the NWMO made an electronic payment to the specified account in good faith. The court documents said it wasn’t until Jan. 27, 2022, when the band council said the money never arrived, that NWMO officials realized the account claiming to be that of the chief had been compromised.

The documents said at that point, NWMO officials realized they knew neither the identity of the person who received the money nor how much was spent.

According to the documents, lawyers for the nuclear waste agency then applied for a Norwich order, a rare move in Canadian law that would compel an innocent third party to turn over information to aid a prosecution.

Anoquot declined to comment to CBC News on the matter, saying the band council is still trying to determine its next steps.

“We are still discussing a path forward [and] are not prepared to do a story yet,” he wrote in an email.

But RBC records included in the court filings indicate the account in question belonged to a Robert Soloman Gruger, who runs a company called RSG Ventures, registered at a residential address in Burlington, Ont.

The home is a former duplex and is currently listed for sale on the province’s Multiple Listing Services website. Google Streetview images show the property undergoing extensive renovations. No one is currently living at the residence.

The bank records state the physical address of RSG Ventures is a commercial plaza in Oakville, Ont. The mailing address is a mall in Mississauga, Ont.

The bank records also listed a phone number for the company, but when CBC News called the number, Douglas Finch answered and said he had never heard of RSG Ventures or Robert Solomon Gruger.

Finch said he had recently acquired the phone number as an executive line for his company, DraftCo, a draught beer monitoring service for bars and restaurants in the Greater Toronto Area.

“That’s a business number I just picked up,” he said. “I’ve only had the number for six weeks type thing.”

As for Robert Solomon Gruger, CBC News ran his name through a number of databases — including bankruptcy, insolvency, and a lien search in Ontario — but no matches showed up.