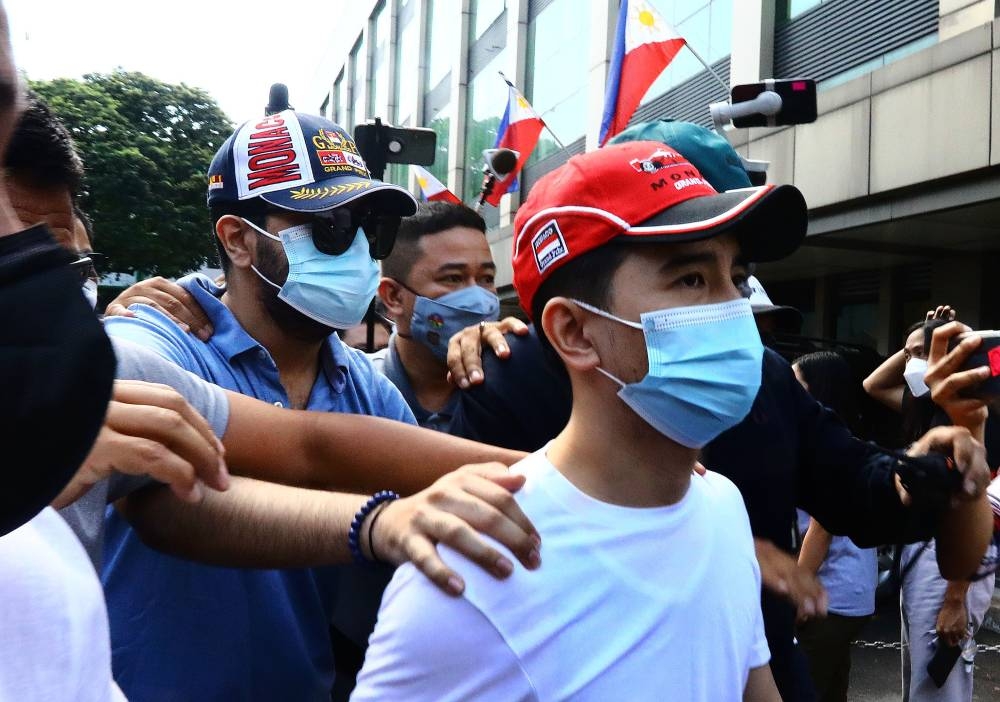 (UPDATE) THE Senate on Thursday ordered the release from the Pasay City Jail of two executives of the Pharmally Pharmaceutical Corp. who were cited in contempt for refusing to cooperate with an inquiry into the P40-billion Covid-19 appropriation that was funneled by the Department of Health (DoH) to the Procurement Service of the Department of Budget and Management (PS-DBM).

Ordered released by Senate President Vicente Sotto 3rd were Mohit Dargani, the company’s treasurer, and Linconn Ong, one of its directors.

The two were freed after the release order was delivered by Rene Samonte, the Senate’s sergeant at arms, to Supt. Ramil Vestra, the Pasay jail warden.

They had been detained since December after failing to submit relevant documents to the Senate hearings on the more than P10 billion deal to provide government with Covid-related medical supplies.

Ong had been under Senate custody since September 2021. Dargani and his sister, Twinkle, Pharmally president, were arrested at the Davao City international airport on Nov. 14, 2021 while trying to leave the country on a chartered plane.

Both were initially kept under Senate custody, but Twinkle was released under the care of her mother after being infected with Covid-19.

Mohit and Ong were subsequently transferred to the Pasay jail.

Senate Minority Leader Franklin Drilon had claimed that the medical supplies Pharmally delivered to the DoH were overpriced.

Drilon also questioned why Pharmally was able to bag multibillion-peso contracts when the company was only worth P625,000.

Other senators alleged during the hearings that influential persons had a hand in the awarding of the Pharmally contracts.

Sen. Richard Gordon, who chairs the Senate blue ribbon committee, submitted last Tuesday his draft of the committee report on the Pharmally probe.

Only nine senators signed the draft, which needs two more signatures to make it official. There are 20 committee members.

The report was incorporated into the records of the Senate before it adjourned sine die on Wednesday night.

Interviewed on CNN Philippines, Ferdinand Topacio, lawyer of the two Pharmally executives, accused Sen. Ana Theresia “Risa” Hontiveros of grandstanding after she proposed another investigation into Pharmally in the coming 19th Congress.

Hontiveros responded by saying that no witness was forced to testify: “May resibo kaming nagpapatunay na wala kaming kinoerce na saksi. Na wala kaming pinilit na kahit sinuman (We have the receipt that proves that we did not coerce any witness into testifying. We have not forced anyone).”