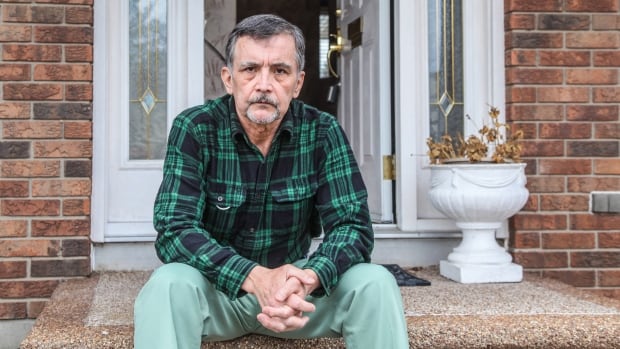 Not only does Enrique Rosado owe much more than he thought, his annual bill from the Canada Revenue Agency claims he worked for a mysterious Toronto company no one can track down. According to experts, the 65-year-old has probably been targeted in what’s known as a ‘synthetic identity scam.’

An Ottawa man who filed his taxes early has discovered more than one nasty surprise.

Not only does Enrique Rosado owe much more than he thought, his bill shows the 65-year-old has probably been targeted in what experts call a complicated “synthetic identity” scam.

His problems began in late March when he received a reassessment notice from the Canada Revenue Agency.

The letter explained that a Toronto-area business’s tax filings indicated that Rosado earned $31,388 he hadn’t disclosed in his own personal income tax filing.

Not only does Rosado say he doesn’t work for 1975945 Ontario Ltd., as CRA insists, he has never heard of the numbered company, nor visited its Toronto address.

In fact, the last job held by the now-retired building superintendent was a modest one at a ByWard Market highrise. He filed taxes showing work income of about $45,000.

Highrise residents and the current superintendent both confirmed Rosado’s employment history there.

Watch|Enrique Rosado explains how his identity was stolen:

Ottawa resident explains how his ID was stolen

Enrique Rosado explains how he discovered somebody had stolen his identity to submit a fraudulent T4 claiming he made almost double the money he actually is earning. 1: 00

Rosado suspects his social insurance number was stolen, and the mysterious numbered company fraudulently issued a T4 in his name.

When he alerted CRA to the mistake, however, he said the agency advised him he could only avoid paying the new $2,842 tax bill if he contacted the numbered company and directed it to issue a corrected T4.

“CRA is becoming too crime-friendly. It doesn’t matter where it comes from, as long as they get their money,” he said.

Provincial records suggest it does business under the name “Global Fresh Import and Export,” but Toronto police weren’t able to find anyone familiar with the company or its director at the Scarborough-area office it calls its headquarters.

The former director of a Toronto food import company that at one time did business under the name told CBC they hadn’t used the name in at least five years.

A police spokesperson said officers visited the suite listed as the numbered company’s headquarters, but found no such business there.

Rosado lives modestly, sharing a space in his daughter’s home as he cannot afford an apartment on a pension of about $500 a month.

“It’s barely enough for food, to go to the pharmacy. That’s why I have to live with relatives. I can’t even afford a recycling bin to live in,” he said.

Rosado has likely been the victim of identity theft, and the CRA is “heaping injustice on another injustice” by leaving the investigative legwork to him, said Vanessa Iafolla, a criminology professor at Saint Mary’s University in Halifax.

“He’s supposed to have the resources to identify the people who have stolen his tax information and his identity?” asked Iafolla. “Resources that neither the CRA nor Toronto police have been able to marshal?”

By filing his taxes early, Rosado may have uncovered what experts refer to as “synthetic identity fraud,” said Jennifer Fiddian-Green, a forensic investigative accountant.

Expert explains how criminals steal, then use ID

Fraudsters obtain social insurance numbers and “nurture” these identities over time, Fiddian-Green said, establishing a history of income and gradually applying for more and more credit to build up a positive online payment history.

Those scammers take advantage of online applications for car loans, mortgages and financial service accounts where, in an increasingly digital world, in-person meetings may not happen, she said. They can go years “synthesizing” an identity, before maxing out the credit line and disappearing with either cash or assets.

“They look at the world in a whole different way than you and I and they’re looking for those gaps,” said Fiddian-Green, who has been a victim of the complex form of identity theft herself.

“How broad is this? I’d like the CRA to be looking at that.”

There is evidence in Rosado’s credit reports that his identity has been stolen, particularly credit card applications that Rosado said he didn’t make.

In an email, spokesperson Christopher Doody said if a taxpayer suspects their personal information has been compromised, they should contact the CRA at 1-800-959-8281 and select the “report suspected fraud or identity theft” option.

At the Canadian Anti-Fraud Centre, Det. John Armit said Rosado should do what Canadians did 30,849 times last year: report the incident to his group.

The centre said 2021 was a historic year, with scam losses totalling $379 million.