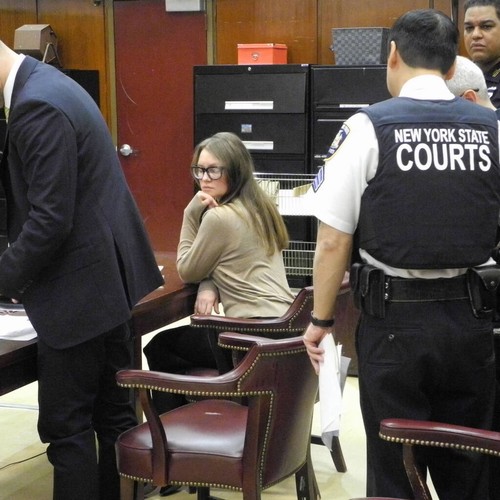 Anna Delvey is spending her time in detention creating art.

The Russian-born con artist, also known as Anna Sorokin, was convicted of attempted grand larceny, larceny in the second degree, and theft of services in 2019 after she convinced several major banks, hotels, and acquaintances that she was a wealthy German heiress.

On Tuesday, editors at PageSix reported that Anna is creating art while she is being held by U.S. Immigration and Customs Enforcement custody pending deportation. Her sketches are priced at $10,000 (£7,500) each.

Chris Martine, who is handling arts sales for Anna, noted that he faced limitations in bringing art supplies to her in the ICE detention centre in Goshen, New York.

“We were able to get in paper that is 9 x 12 inches,” he told the outlet, revealing that he hopes to have 20 pieces ready to present at an art show in April.

“If you look at her sketches, she has legitimate talent,” Chris continued. “So many people are so fascinated by what happened, and the amount of attention she is getting. It’s a way for her to voice her story in a way that is permanent.”

Anna’s story was the inspiration for the Netflix series, Inventing Anna, which starred Julia Garner and was released earlier this year.