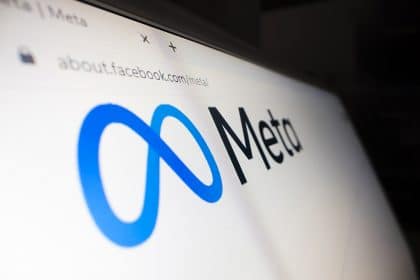 A Meta spokesperson said it was not the company’s intention to see users scammed or misled.

Facebook’s parent company Meta is being sued by the Australian Competition and Consumer Commission (ACCC) for alleged false, misleading and deceptive conduct. The media giant is alleged to have published scam ads that used the images of Australian celebs, conduct that the ACCC says was in breach of the Australia Securities and Investment Commission Act. The advertisements called for investment into crypto and money-making schemes. According to the ACCC Meta allegedly aided and abetted the advertisers in their false or misleading conduct.

The affect prominent figures include entrepreneur Dick Smith, television presenter David Koch and former New South Wales Premier Mike Baird. The scam ads contained links that when clicked on, opened to fake articles with statements purported to be from the individual featured in the ad and endorsing the investment venture. The sites also contained call-to-action messages that urged users to sign up for the service. After this, they were contacted by the scammers in an attempt to convince them to deposit funds. Several Australians lots money in this way. An estimated total of $100 million. One victim is reported to have lost $650,000.

ACCC Chairperson Rod Sims says Meta should be held accountable for the ads published on its Facebook platform. It is alleged that Meta knew about the scam ads but did not take enough action to protect users. Beyond the loss of funds, the ads also affected the reputations of the celebrities involved.  It is said:

“It is a key part of Meta’s business to enable advertisers to target users who are most likely to click on the link in an ad to visit the ad’s landing page, using Facebook algorithms. Those visits to landing pages from ads generate substantial revenue for Facebook […] Meta failed to take sufficient steps to stop fake ads featuring public figures, even after those public figures reported to Meta that their name and image were being featured in celebrity endorsement cryptocurrency scam ads”

A Meta spokesperson addressed the situation and said it was not the company’s intention to see users scammed or misled.

Read other business news on Coinspeaker.