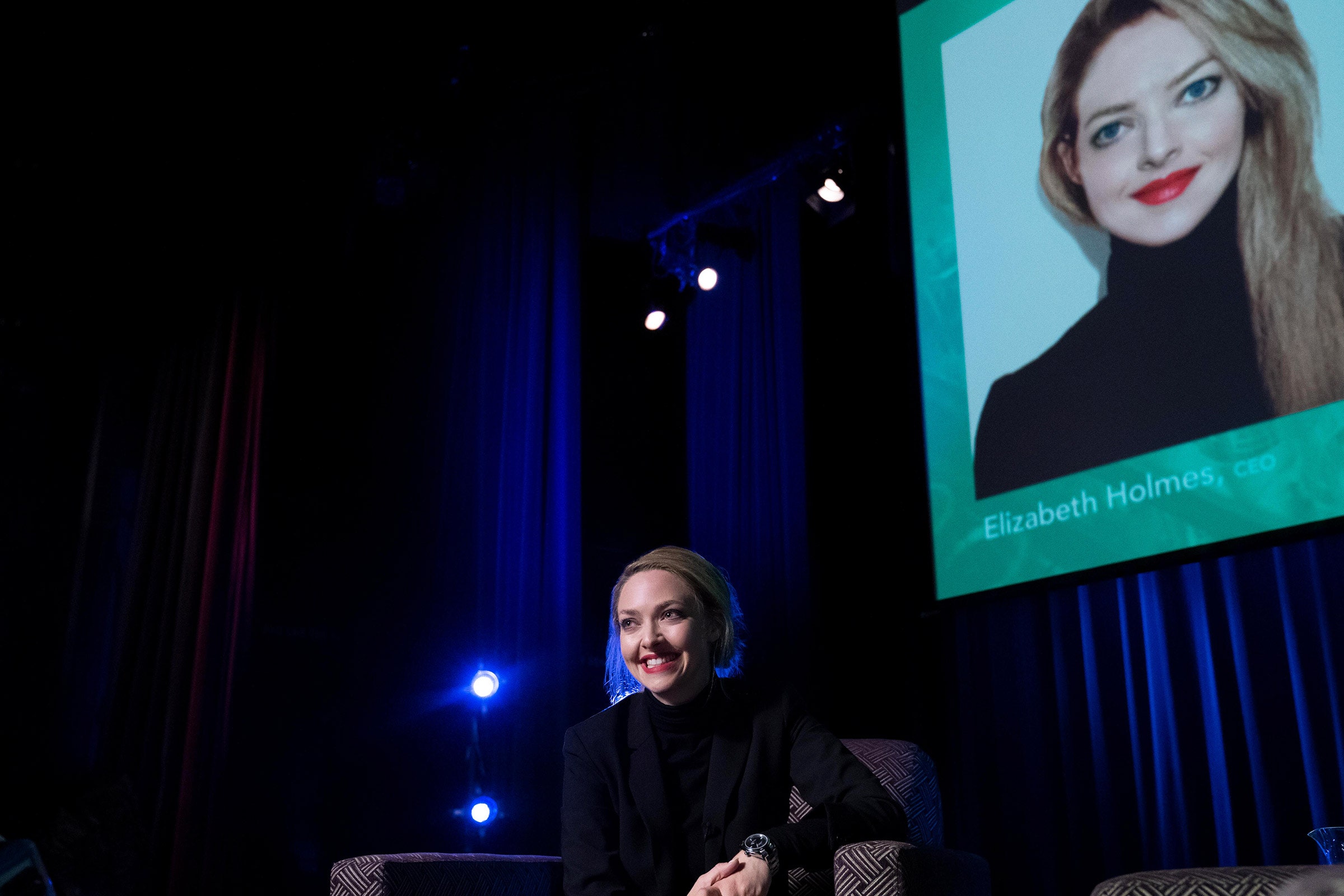 The Diminishing Returns of Streaming’s Glut of Grifters

Imagine this: It’s September 2015. You are out for a walk down a lonely dirt road, and you fall into a well. Your phone breaks. No one can find you. Death beckons. Luckily, the water supply is fresh, and there’s a dry ledge to sleep on. You discover the moss and algae lining the bricks of the well shaft are edible. Sometimes, you even catch a lizard. You survive for seven long years. Finally, you’re rescued! After receiving medical attention, showering, reuniting with loved ones, et cetera, you decide to watch television. “What is ‘Peacock’?” you ask, looking at a screen crowded with unfamiliar apps. “Is HBO Max like HBO Go? How does the Discovery channel have enough shows for a whole streaming service?” Everyone tells you to relax already and pick a show. So you choose Hulu’s new limited series The Dropout.

You only vaguely remember Theranos—something to do with blood?—and its young, blond founder, Elizabeth Holmes, from magazine covers in your pre-well days. You watch Amanda Seyfried, her eyes widened, her voice lowered, her hair criminally frizzy, as she transforms from a dweeby but dedicated Stanford freshman to a wildly successful, flagrantly immoral fraudster peddling medical vaporware to the unsuspecting American masses. You are rapt. The acting is sensational. The plot is thrilling. Your mind boggles at how Theranos unraveled. After you finish The Dropout, you post on Facebook, telling the world about the great show you just watched. Barely anyone responds—people don’t check Facebook anymore?—but your aunt writes: “Eh. I already listened to the podcasts. And watched the documentary. And read the book.”

Book? Documentary? Podcasts? You soon discover that any story worth telling in 2022 is worth telling as many times as possible, in as many mediums as possible. Before watching The Dropout, people could read Bad Blood, the nonfiction book by reporter John Carreyrou documenting Theranos’ fall. Or they could listen to the podcast about Holmes, also titled The Dropout. Or they could watch the HBO documentary The Inventor. And this isn’t the end of Theranos content. There’s a feature film in preproduction starring Jennifer Lawrence and an upcoming docuseries from Real World purveyors Bunim/Murray Productions.

Why make a series about a story everyone already knows? You’re confused, but you soon stumble upon another discovery: Most of the stories apparently worth telling these days are a subgenre of true crime focused on scammers. In addition to The Dropout, you see Shonda Rhimes’ Inventing Anna on Netflix, which is about a wily Russian girl who called herself Anna Delvey conning her way into New York’s art idiot scene. Inventing Anna was adapted from a New York magazine article; there’s already a Vanity Fair piece and memoir about Delvey’s escapades published by a writer she tricked. Then there’s the BBC podcast Fake Heiress. On HBO Max, the docuseries Generation Hustle, which explores 10 different modern scammers, also has an Anna Delvey episode.

Documentaries about con artists are enormously popular right now. Netflix has The Tinder Swindler, a documentary about an Israeli man who cons several Scandinavian women out of small fortunes, and The Puppet Master: Hunting the Ultimate Conman about a British man who essentially kidnaps college kids and a single mother by pretending to be a spy. The platform also just released Worst Roommate Ever, an anthology series featuring scammy roommates based on a New York magazine article. Amazon Prime has LulaRich, a docuseries about the multilevel marketing scheme LulaRoe. If you somehow run out of recent scam content, the dueling 2019 documentaries about incompetent party promoter Billy McFarland’s Fyre Festival, titled Fyre and Fyre Fraud, respectively, are still available on Hulu and Netflix.

And there’s more to come. Netflix is releasing a documentary about a scamming vegan called Bad Vegan later this month. When a dorky rapping entrepreneur named Heather Morgan was arrested with her boyfriend earlier this year in connection with laundering billions of dollars in bitcoin, Hollywood announced three separate projects within a week of the instantly notorious Crypto Couple’s arrest. As the crypto market continues its expansion, there will no doubt be many more outrageous stories about blockchain con artists scooped up and dumped into the crime-news-to-scam-TV pipeline.

Scam stories have flourished within the larger true crime boom, and like true crime, they are usually ripped from the headlines, reliant on preexisting intellectual property. If they are dramatizations, they often feature stunt casting. In the case of both Inventing Anna and The Dropout, they provide the lead an opportunity to play a narcissist with an idiosyncratic way of speaking and notably bad hair. (This trend will continue with Apple’s forthcoming WeCrashed, where Jared Leto plays WeWork CEO Adam Neumann with a lank bob and Israeli accent, as well as The Thing About Pam, an NBC limited series starring a barely recognizable Renée Zellweger as a Midwestern schemer. Both shows are based on other accounts of real-life events.) And their narratives hew to a well-worn rise-and-fall track: Watch the person fool everyone, until suddenly they don’t.

True crime stories are appealing as much for the perverse sense of comfort they give their audiences as the vicarious thrills they offer. If you’re watching the crime, you can’t also be its victim. Consuming crime as entertainment, then, can feel like a prophylactic against disaster. In the same way, our appetite for scam stories reflects a cultural anxiety about becoming marks ourselves. In this age of grifters, the prevalence of stories examining how rip-offs happen gives us an opportunity to observe hoaxes unfolding from a safe distance.

With so many streaming services jostling over so much content, leaning on this type of story makes business sense. Like a heist movie or a slasher flick, scam tales are a known quantity, and because they are based on already successful projects in other formats, they’re a known quantity twice over. But this enthusiastic embrace of grifter tales has resulted in an oversaturation that makes it difficult for new entries to the Scam Show Canon to avoid a sense of staleness. Even The Dropout, by far the most accomplished new offering, has its dazzle dampened by this overfamiliarity. At some point, choosing to spend our finite time in this world watching the same story over and over raises a question: Who, exactly, is getting ripped off here?