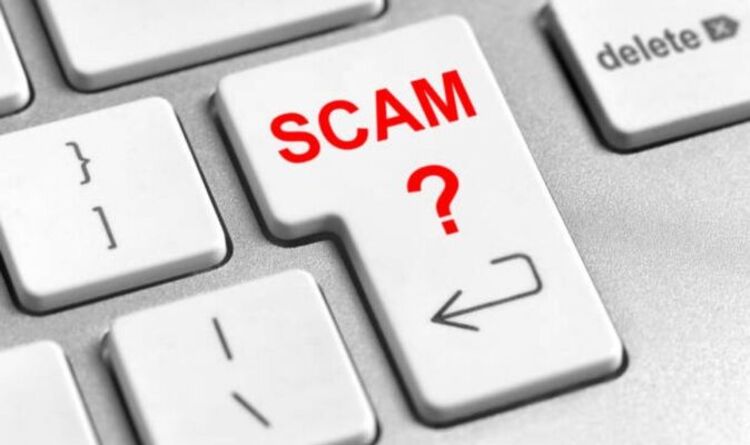 PM outlines plan to phase out Russian oil and gas

Sign up for our news briefing, including a daily special Russia-Ukraine edition

We use your sign-up to provide content in ways you’ve consented to and to improve our understanding of you. This may include adverts from us and 3rd parties based on our understanding. You can unsubscribe at any time. More info

Fraudsters often target their victims through posing as a bank, claiming that their target has been the victim of bank fraud and they need to move their money to another account.

The criminals then receive a large transfer of money straight into their account.

Only 42 percent of losses have been recuperated, meaning a total of £495 million is still missing, equating to the loss of £28,203 per hour.

Helen Morrissey, senior pensions and retirement analyst at Hargreaves Lansdown, said: “It is traumatic enough being tricked out of your hard-earned money but then to find you will not be reimbursed is a dreadful situation that can have long-lasting impacts on people’s financial resilience.

“The Government must move quickly on its commitment to mandatory reimbursement.

Millions have been lost to fraud over the past two years (Image: Getty)

There are ways to protect yourself online (Image: Getty)

“Beware if you are contacted out of the blue by someone saying you need to make a speedy financial transaction.

“No-one has the right to demand you move your money and certainly no bank would pressure you to make a speedy decision.

“If you feel pressured do not be afraid to terminate contact with the person and find an alternative number to contact your bank to discuss what is going on.”

Hackers have many clever methods to target their victims (Image: Getty)

The war in Ukraine has increased phishing scams (Image: Getty)

Email security firm Avanan have reported that phishing attacks have jumped eight-fold since the Russian invasion of Ukraine.

The conflict has worked to the advantage of fraudsters as they can use people’s emotion and desire to help to con them out of money.

For instance, a hacker may pretend to be somebody’s grandchild claiming they are in Ukraine and asking their grandparent to help them out by sending them money.

Donetsk has been heavily shelled in Ukraine (Image: Getty)

They may also pretend to be a charity asking for donations.

Ukrainian bride scams are still a successful way for fraudsters to make money, especially since over one million Ukrainians have fled their homes.

According to ComputerWorld, spear-phishing is a technique that involves scammers sending a message purporting to be from a friend or colleague.

These can sometimes come with malware attached which can download a virus to your device if you click on it.