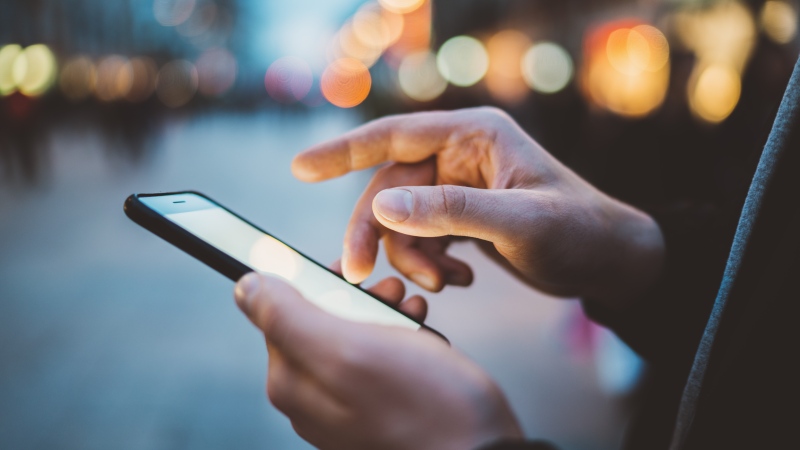 Dealing with rise in extortion, police in small B.C. community issue simple warning: ‘Do not get naked on the internet’

Amid a sudden increase in extortion scams in a community in northeastern B.C., members of the local RCMP detachment are giving the public some fairly blunt advice.

Mounties in Chetwynd said they’ve received multiple reports of extortion recently, and say the best way to avoid becoming a victim is simple: “Do not get naked on the internet.”

The advice came in a news release Monday, which included that the scams being operated in the region have involved people being asked for sexually explicit videos.

The RCMP did not provide details on the actions leading up to the scam, but similar extortion attempts conducted elsewhere have involved people posing as love interests.

When the victims comply, they’re told to send $500 or the video will be made public, police said.

In some cases, the payment isn’t considered enough for the scammers, and photos or videos are still posted online.

“Once released on the internet, it is typically there forever,” the RCMP said.

“How you portray yourself on the internet can have serious effects on your life. A great deal of work regarding internet crimes is prevention.”

Anyone who receives such a request is asked to contact police.

Those who are approached on social media are also told to report the scammer’s account to the provider, such as Facebook.

These types of scams don’t just target those in smaller or more isolated communities, but are often reported in major cities as well.

Mounties in B.C.’s Lower Mainland have warned residents of similar incidents, including in Surrey when 77 reports were filed in just three months in the city.

Some of those victims, the RCMP said, were initially contacted through dating apps, and shared images willingly because they believed they’d entered into a mutual relationship.

At the time, Surrey RCMP Cpl. Joanie Sidhu said pandemic-related loneliness may be playing a factor in the success of these scams, leaving some people vulnerable to this type of behaviour.

But it was an issue long before COVID-19 impacted the way British Columbians socialize with peers. Using the term “sextortion,” police in Burnaby issued their own warning back in 2018 about what they described as “essentially blackmail.”

In the cases reported in that city, many were told to purchase Bitcoin to pay the money demanded by fraudsters.