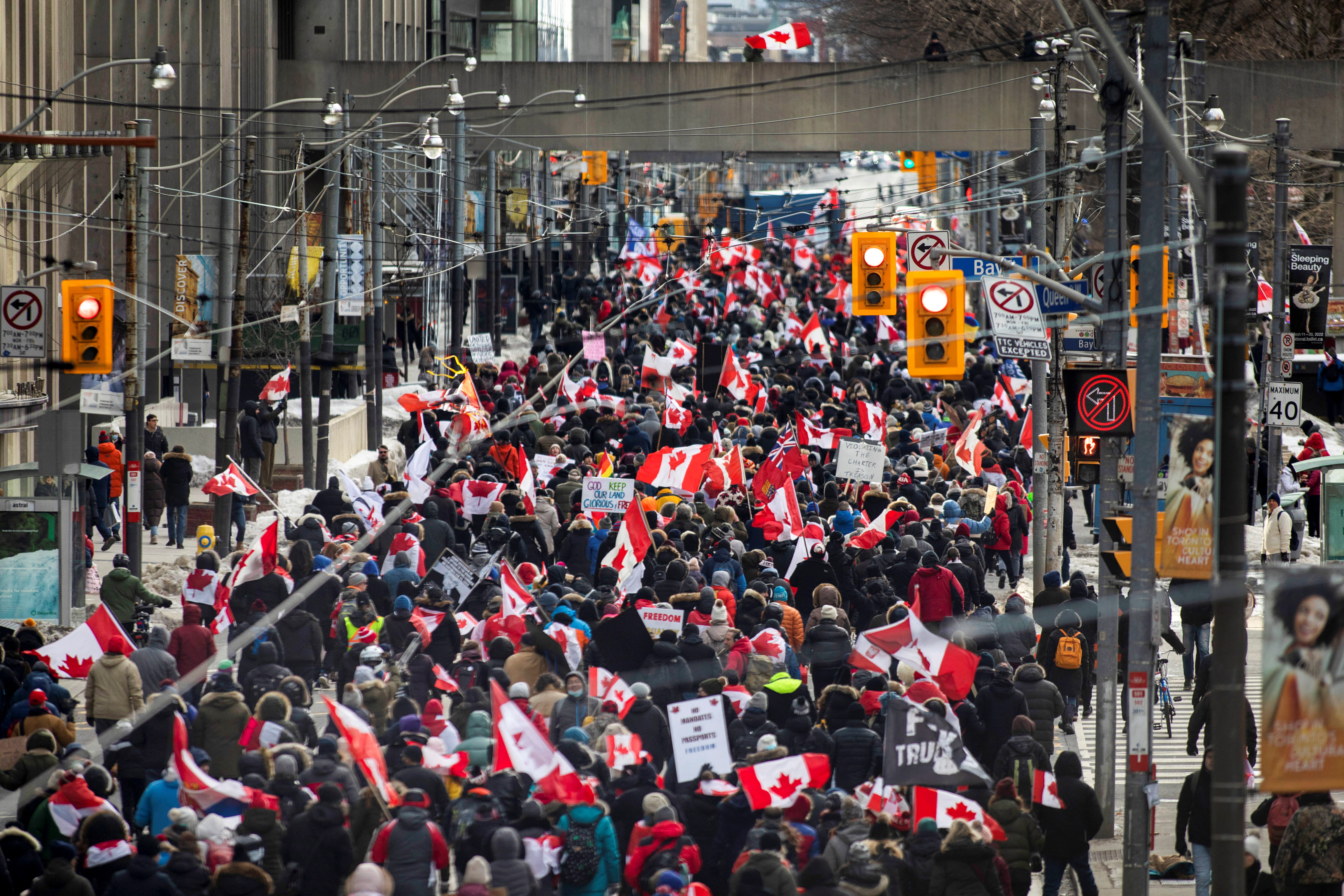 As anti-vaccine groups in the US attempt to stage their own version of Canada’s disruptive “Freedom Convoy,” foreign content mills have worked to bolster those efforts for their own gains. This week, Facebook parent company Meta told Reuters and NBC News it recently removed several “trucker convoy” groups and pages run by scammers in Vietnam, Bangladesh, Romania and other countries.

The company said many of those groups had recently changed their names to adopt ones that involved terms like “trucker,” “freedom,” and “convoy” in hopes of taking advantage of the sudden interest in the rallies occurring across the border. Many of those same pages included links to websites that sold pro-Trump and anti-vaccine merchandise. At the same time, most of the accounts that took part in those groups were tied to real people. And so you have a situation where foreign players are trying to monetize radicalized individuals.

“Voicing opposition to government mandates is not against Meta’s policies,” a Meta spokesperson told the network. “However, we have removed multiple groups and Pages for repeatedly violating our policies prohibiting QAnon content and those run by spammers in different countries around the world.”

The company said it would monitor the situation. “We continue to see scammers latch onto any hot-button issue that draws people’s attention, including the ongoing protests,” a spokesperson for Meta told Engadget. “Over the past week, we’ve removed groups and pages run by spammers from different countries around the world who used abusive tactics to mislead people about the origin and popularity of their content to drive them to off-platform websites to monetize ad clicks.”

In the more than two weeks since the “Freedom Convoy” descended on Ottawa, Ontario, Canada’s capital has been paralyzed by anti-vaccine protestors who have used their trucks and cars to block entry into the city’s downtown core. The protest has attracted a motley crew of far-right individuals and groups, including Canada’s QAnon “Queen.” In Toronto and other cities throughout the country, police have warned healthcare workers not to wear their scrubs in public while the rallies continue. Those same protests have also clogged up critical border crossings between the US and Canada, prompting the Biden administration to push the federal government to take action.

According to NBC News, anti-vaccine groups in the US plan to stage similar protests in cities across the country. On Facebook, Telegram and voice chat app Zello, those groups have called on their members to travel to Washington DC and Los Angeles on March 5th. The involvement of foreign actors attempting to bolster those efforts mirrors in some ways what happened in 2016 when Russia meddled with the presidential election.

All products recommended by Engadget are selected by our editorial team, independent of our parent company. Some of our stories include affiliate links. If you buy something through one of these links, we may earn an affiliate commission.