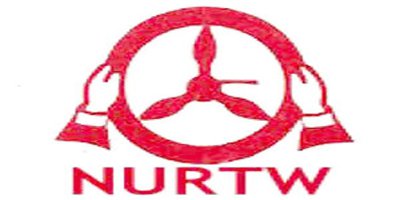 There was pandemonium in the Agbado area of the Alimosho Local Government Area in Lagos State on Friday morning when two factions of the National Union of Road Transport Workers clashed in the area.

Eyewitnesses told The PUNCH that road users and passersby scampered for safety when the two warring factions violently engaged each other.

Gunshots were also heard during the conflict over ticket collection at the parks.

The spokesman for the Lagos State Police Command, Adekunle Ajisebutu, confirmed the development.

He, however, said policemen had been deployed in the affected areas.

Ajisebutu said, “It was a brewing conflict over ticketing that would have led to a violent confrontation/crisis between two factions of NURTW in Kola bus stop and its environs.

“Police patrol teams from Alakuko, Agbado, Ijaiye-Ojokoro, and reinforcements from the headquarters have been deployed to the area on the order of the Commissioner of Police, Abiodun Alabi.

“The place is calm. No threat to lives and property currently, as the police are still maintaining their presence in the area.”

NURTW members in Lagos led by Musiliu Akinsanya aka MC Oluomo, have been involved in deadly clashes of late.

The PUNCH had reported that the Lagos State Government, last month, suspended NURTW operations in the Idumota area of Lagos Island, following the violent clash recorded in the area.

All rights reserved. This material, and other digital content on this website, may not be reproduced, published, broadcast, rewritten or redistributed in whole or in part without prior express written permission from PUNCH.