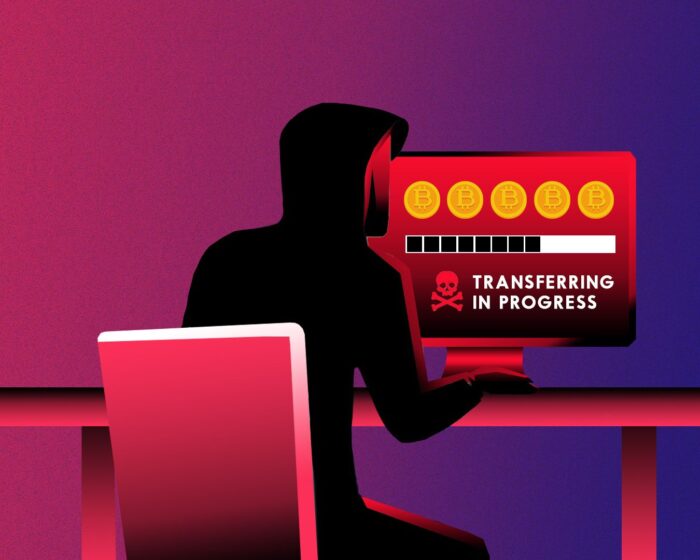 People appear to have been defrauding each other since the dawn of time, at least since the beginning of recorded history. Every discovery and technological advancement seems to have increased scams.

Cryptography has not been an exception. With the introduction of bitcoin, it became clear how simple it was to clone reputable projects’ open source code and create new cryptocurrencies. Some of these were and continue to be excellent.

During the 2016-2018 crypto frenzy, 98 percent of ICOs – the hundreds of new cryptocurrencies released by initial coin offerings – were discovered to be either scams or huge flops. Also, to create advanced trading accounts, tap here for more information.

In any case, 98 percent of the thousands of crypto enterprises that existed at the time lost their money. Despite this, some schemes stand out, having defrauded people worldwide for thousands and millions, if not billions of dollars.

Here Are The Top 13 Scams

Onecoin is currently regarded as the most significant crypto fraud of all time, thanks to the BBC’s Missing Cryptoqueen podcast series. The Onecoin scam — now proven to be a massive Ponzi scheme – is thought to have gotten off with an enormous $25 billion.

Even though the fraud was shut down by police in 2017, with its leaders jailed and its founder missing – on the run or dead – the scam continues to operate. Most weird of all, Onecoin never had a cryptocurrency to begin with; the technology was always a ruse.

Another of the most egregious and well-known crypto-scams of all time. Bitconnect defrauded investors out of an approximate $4 billion in a multi-level marketing-led Ponzi scheme, enticing them in with boasts of an unbeatable trading algorithm that, as you might expect, never existed.

Surprisingly, they were not satisfied with merely defrauding their people once, launching a second scam ICO, BitconnectX, just as their first business collapsed.

The most well-known crypto-mining fraud. This Ponzi scheme, similar to Onecoin and Bitconnect, used clever marketing and salespeople to pull in $722 million. BCN offered shareholders that it would send them massive profits after purchasing bitcoin mining equipment.

Tragically, the footage of mining equipment it utilized belonged to some other mining farm, and it appears to have been a Ponzi scheme from beginning to end.

When the founder mysteriously died, he was the only one with access to the private keys containing C$250 million in its consumers’ crypto, but most do not believe he died. Some are still clamoring for his body to be unearthed to provide proof.

Vietnamese ventures used convincing sales events and intelligent marketing to defraud $660 million from their investors. Most of this crypto has yet to be discovered.

An initial coin offering (ICO) that, astonishingly, assured shareholders 1,354 percent returns before being shut down by the SEC and required to restore $20 million it had looted.

Its owners locked down their business and social media before tactfully posing in an airport and on the beach pretending to have been scammed before returning to clarify it was not a hoax. In any case, the project’s tokens plummeted in value due to the scam, costing investors more than $50 million.

On its own, this is not one of the worst frauds in terms of money lost, but taken together, these are nasty. The websites claim to double the bitcoin sent in by anyone who sends it in. Although the offer appears appealing, it would be surprising if they did anything besides stealing the cryptocurrency supplied to them.

As with Bitcoin Doublers, this is more of a case of scammers taking over or copying celebrities’ social media profiles to the point that others fall for it. They guarantee to return twice the cryptocurrency – or whatever deal is made – to anyone who sends them money.

The celebrities who have been used are entirely unaware of the scams perpetrated in their names.

This Turkish crypto exchange owner enticed customers to deposit $2.2 billion of their bitcoin onto his platform with offers of free meme coin Doge before exiting scamming with the entire sum. His whereabouts are still unknown.

11. Press Releases That Are Not Genuine

Last year, it seemed like every post about cryptocurrency had a Fake Elon Musk Twitter account in the responses, promoting some new meme coin or ponzi scam. This year, false press releases have taken the ruse to new heights.

12. The Scam Is Known As Africrypt

Raees and Ameer Cajee, two brothers from South Africa, owned Africrypt, a Bitcoin investment company. They have vanished, along with many of their cryptocurrency backers.

The Cajees alleged that their investment company had been breached and that all of their clients’ money had been hijacked in April of 2021. The tale, however, was rapidly dismantled, and investors began pointing fingers at the Cajees.

13. Token For The Squid Game

Appallingly, media outlets have fallen in love with Squid Game token, an unofficial substitute cryptocurrency based on the hit Netflix series Squid Game. Squid Game tokens were valued a few dollars to roughly $3,000 within only a few weeks.

CNBC, Forbes, Business Insider, and many other publications highlighted the Squid Game token, obviously enthralled by its rapid rise in value.

Unfortunately, there were issues from the beginning. Apart from the fact that its developers had no rights to utilize the Squid Game moniker to base their coin on, users who bought the Squid Game token immediately complained that they could not sell it.

Of course, this was planned. Squid Game Token’s designers built an anti-sell-off function into its coin. Nevertheless, not everyone was prohibited from selling. And Squid Game token finished out like most altcoins: a pump-and-dump scheme that enriched its developers and friends while leaving well-intentioned ordinary investors holding the bag.