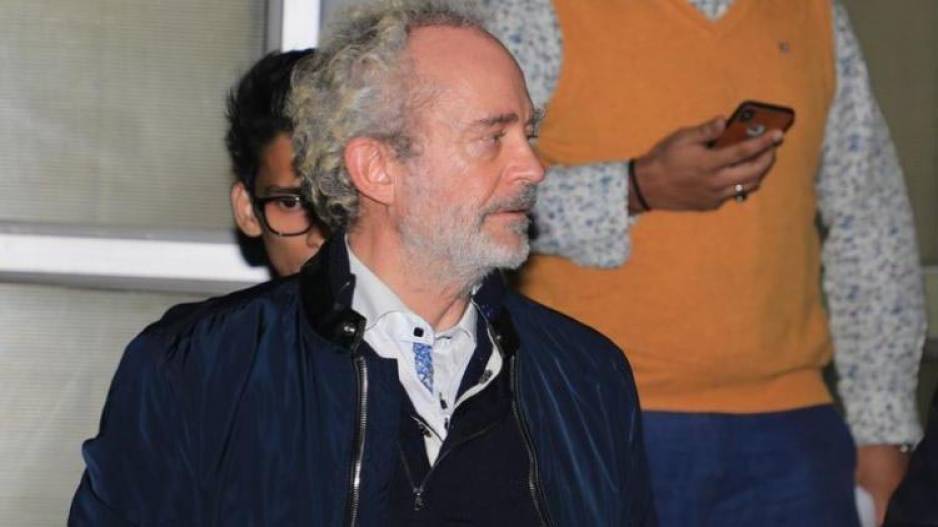 The CBI Wednesday told the Delhi High Court that Christian Michel James, the alleged middleman in the AgustaWestland chopper scam, was a flight risk with no roots in the society and cannot be granted bail in the case.

Although James’ passport was impounded, there are examples in Indian history of persons escaping through Nepal , the CBI said.

Special public prosecutor (SPP) D P Singh, appearing for the CBI, claimed before Justice Manoj Kumar Ohri that James, who was extradited to India from Dubai in December 2018, did not join the investigation in the case in either in India or Italy.

The day he came to know that the matter was taken up by the authorities, he took the flight back (to Dubai), never to come back, said the SPP who informed the court that the agency has filed two charge sheets in the case, citing approximately 280 witnesses.

The case is at the stage of Section 207 of Criminal Procedure Code for the supply of documents to the accused persons before the trial court and statements of over 230 witnesses were recorded, he added.

Singh alleged that James was in the thick of things and said that he would take the court through the flow of money on the next date of hearing.

The alleged Rs 3,600-crore scam relates to the purchase of 12 VVIP helicopters from Italian firm AgustaWestland.

Lawyer Aljo K Joseph, representing James, told the court that he was not related to any of the allegedly illegal transactions as there is no money movement from any of his accounts.

James had earlier told the court that he has already spent three years in judicial custody and even if he is found guilty, he could only be given maximum imprisonment of five years.

He contended that he had nothing to do with the purchase of VVIP choppers and said that even after years of investigation, which started in 2013, nothing has come out .

Singh had earlier said that James received 42 million euros pursuant to certain purported contracts concerning the scam and claimed that the trial would finish in six months if day-to-day proceedings are ordered by the trial court.

The CBI had submitted that substantial progress was made in the investigation after James’ extradition from Dubai in December 2018.

In his plea before the high court, James has challenged the June 18 order of the trial court refusing to release him on bail in the case, noting that the stage was not fit to grant him bail.

The trial court, while dismissing the bail pleas in both the CBI and ED cases, had said that considering the overall facts and circumstances, serious nature of accusations, the gravity of the offence, and the conduct of the accused, it did not consider it to be a fit case for grant of bail.

In his bail applications in both the CBI and ED cases, accused James had said he was not required for investigation and expressed willingness to cooperate with the probe.

The applications had said that the accused never sought to evade the process of law and that no purpose will be served by keeping him in further custody.

The pleas had claimed James made no attempt to tamper with documentary evidence or to obstruct the judicial process in any other manner.

James, extradited from Dubai, was arrested by the ED on December 22, 2018.

James is among the three alleged middlemen being probed in the case by the ED and the CBI. The other two are Guido Haschke and Carlo Gerosa.

The ED, in its charge sheet filed against James in June 2016, had alleged that he had received 30 million euros (about Rs 225 crore) from AgustaWestland.

The matter would be heard next on January 14.