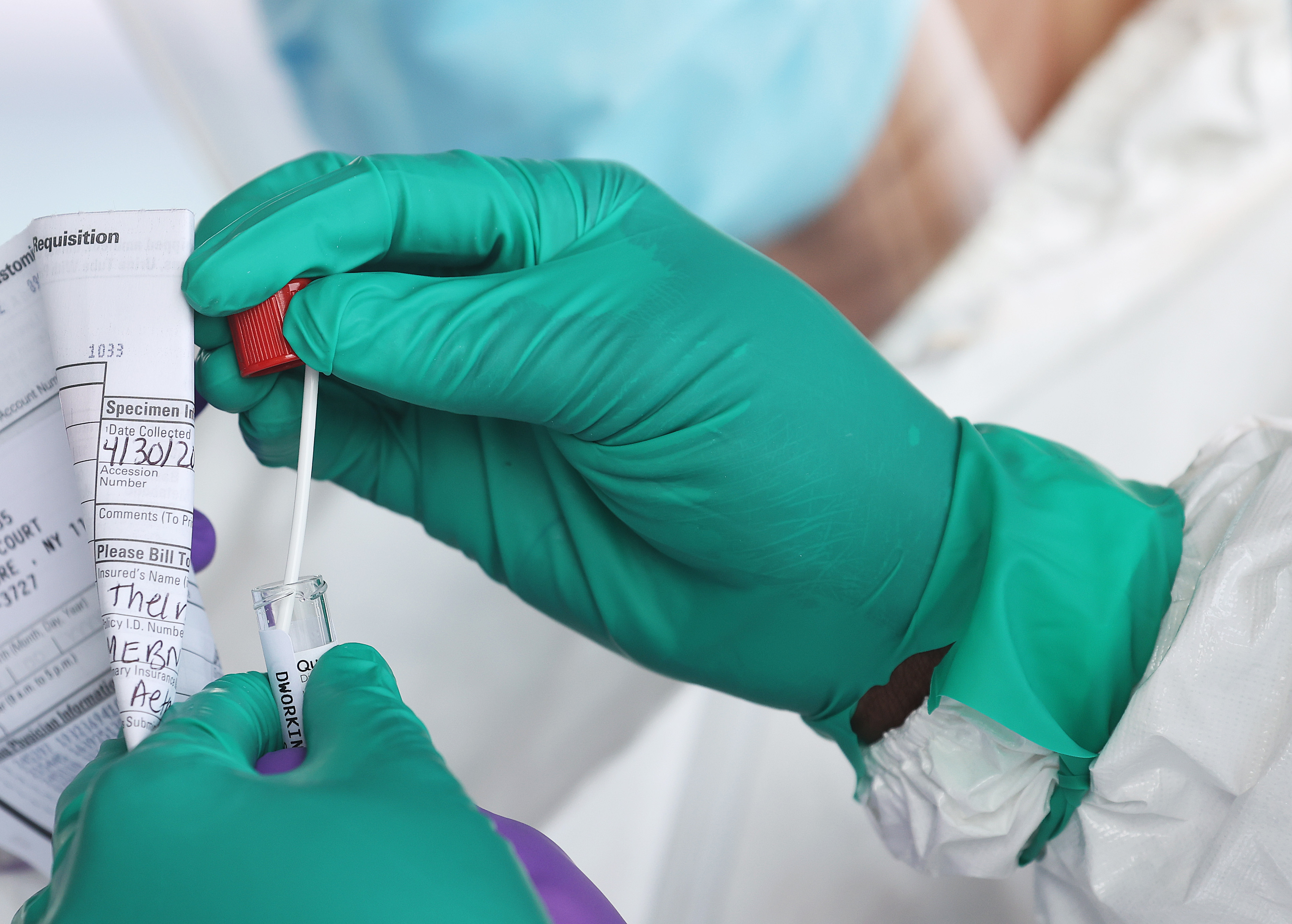 Florida police are warning of COVID testing scams after a man reported he was offered a fake test by someone dressed as staff at a testing site, authorities said.

The man, only identified as Dave, spoke to local news station WFLA-TV about the incident. He said that while he was toward the end of a drive-through testing line in Sarasota, a woman walked up to his car and gave him a bag with a swab test.

The woman allegedly asked him for his phone and sent him a QR code. When he opened the code, the website asked for him to input his address, Social Security number and date of birth, the news station reported.

The website also had the logo of a different laboratory service than that which ran the site, the news station reported.

He told WFLA he found it odd that the woman—who was not wearing hazmat gear—would touch his phone, since he may have been infected with the virus.

“She wasn’t very specific about how to do the swab or any of that,” he said. “I began to look at the website and it just didn’t look right so there are two red flags.”

He later saw a man collecting the swabs and discarding them in a trash can. He asked the man for proof he worked at the testing center, but the man said he only spoke Spanish. When he spoke to him in Spanish, the man then allegedly claimed he spoke Russian, according to the news station.

An employee at the testing site told police there were two insurance employees asking for information, but they did not speak Spanish. A spokesperson for Real Diagnostics—the company that runs the testing site—told the news station that people should not submit information anywhere without the company’s logo on it.

The man filed a report with police, who are warning about the scam.

“We’ve had a report of possible suspicious activity at a COVID testing site. Caller said people were giving online links asking for personal info & handing out test kits. Be aware of potential scammers. If you feel unsafe, wait to get into the testing area & ask for credentials,” the Sarasota Police Department wrote on Twitter.

Officials across the country have warned against coronavirus testing scams.

In Georgia, Executive Director of Georgia Watch Liz Coyle told local news station WXIA-TV that people should be aware of the scams.

“Those are the times that scammers really love, when they know that they’re going to have people who are desperate and vulnerable,” Coyle said.

Police in Hanover County, Virginia, warned about scams involving emails offering PCR tests that appear to have been sent from the United Kingdom’s National Health Service, according to local news station WWBT.

As COVID cases surge, many people are seeking to get tested for the virus, with some areas reporting testing shortages. The Omicron variant sparked a surge in cases in the weeks leading up to Christmas. Health experts warn that cases could continue to rise, as many gathered to celebrate the winter holidays.