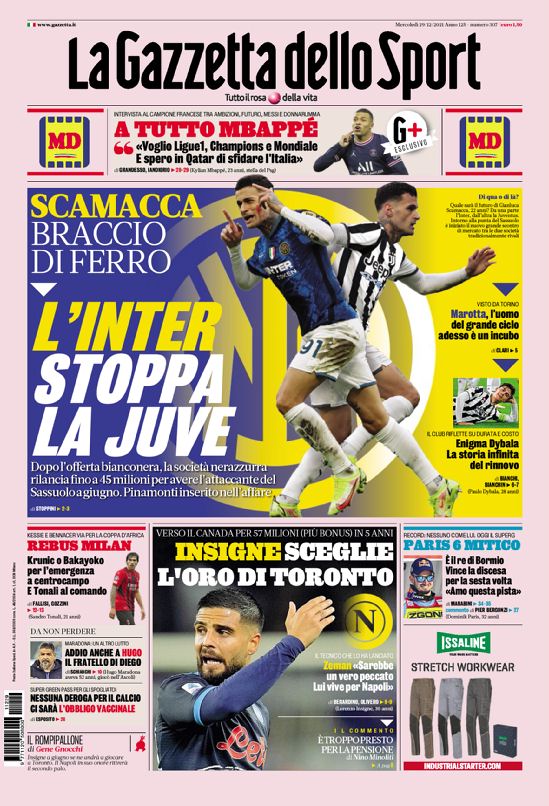 After the Bianconeri offer, the Nerazzurri relaunch up to €45m to have the Sassuolo striker in June

Pinamonti included in the deal

Marotta, the man behind the great Turin era is now a nightmare

Club reflects over duration and cost

‘I want Ligue 1, the Champions League and World Cup. I hope to challenge Italy in Qatar’

Interview with the French champion between ambitions, future, Messi and Donnarumma

Insigne chooses the gold of Toronto

Towards Canada for €57m (plus bonuses) over five years

Zeman: ‘It would be a real pity, he lives for Napoli’

Krunic and Bakayoko for the midfield emergency, and Tonali in charge

Kessie and Bennacer away for the Africa Cup of Nations

Goodbye to Hugo too, Diego’s brother

No exemption for football, they will be obliged to get the vaccine