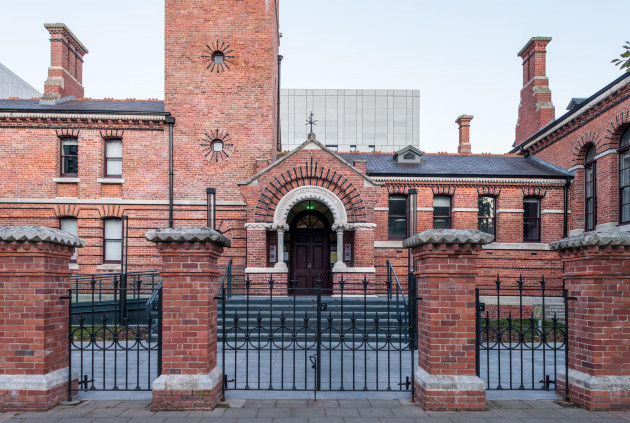 TWO MEN HAVE pleaded guilty to conspiracy to commit money laundering after they were involved in an email scam that facilitated the fraudulent claim of over €183,000 in Pandemic Unemployment Payment (PUP).

Cork Circuit Criminal Court heard that Oluwagbewikeke Lewis of Brookdale, Midleton, Co. Cork, and Bashiru Aderibige formerly of Dwyers Road, Midleton, but now living in Ballincollig, Cork, had managed to secure the email addresses of 74 individuals employed by the HSE or Tusla. The emails were subject to a data breach.

Emails were sent out to the 74 people. The recipients were asked to click on a link that brought them to a cloned Department of Justice website. The persons impacted by the scam filled in personal information believing that they were signing up for jury duty. This information was used to claim fraudulent PUP payments.

As the persons involved were employed by the HSE or Tusla, their jobs were not impacted by the Covid crisis. However, their personal details were used to fraudulently claim PUP and were subsequently flagged as not being genuine claims.

Det. Garda Eimhear Keeshan told Judge Helen Boyle that the two men, who are friends, regularly corresponded on WhatsApp about the scam and reported to persons involved in international crime only known as the “Chairman” and “Ebony”.

The offences first came to garda attention on 6 November of last year when a garda on patrol stopped Lewis in his Mercedes in Midleton. The garda wasn’t satisfied with the identity given to him by Lewis and a search was carried out of his car.

Det. Garda Kieran Crowley recovered two passports and two Permanent TSB bank statements in other names. Lewis (36) was found to be carrying a passport with his photograph but bearing a different name. Lewis, a native of Nigeria, was arrested and an investigation was launched.

The court heard that both men had pleaded guilty to conspiracy to commit money laundering. Lewis also entered additional pleas in relation to six counts of using a false instrument and one count of being in possession of stolen property — namely a passport.

Det. Garda Keeshan said 61 out of the 74 persons impacted by the email scam made garda statements. It was established that the majority were employed by the HSE or Tusla.

Using false information, the men made 121 fraudulent applications for the PUP payment with payments going into 57 bank accounts. Det. Garda Keeshan said that nine addresses had been used to open 28 of the bank accounts.

Aderibige (45) was captured on CCTV withdrawing money from bank accounts on 13 occasions. He withdrew in excess of €11,270 and arrived in court with €6,000 in compensation and the promise of raising more funds. Lewis plans to hand over €5,000 in compensation.

Det. Garda Keeshan said on one occasion in August of 2020 both men were captured on CCTV footage in the Crescent Shopping Centre in Dooradoyle, Co. Limerick where Aderibige was seen withdrawing funds.

Following his arrest in Midleton, Lewis’s phone was sent for analysis. Det. Garda Keeshan said that a number of messages were sent between the men which mentioned “Chairman and Ebony”.

No news is bad news
Support The Journal

She said that men had opened accounts that allowed them to hold up to €1 million. Det. Garda Keeshan said that €30,000 of the funds fraudulently received via PUP went to a German Bank Account, but they cannot account for the remaining money. The total loss to the State is in the region of €150,000.

Neither man has previous convictions. Det. Garda Keeshan said the men were in contact with a person only referred to as the Chairman whom they suspect is the boss of an international criminal organisation.

Tom Power, barrister for Lewis, said that his client’s entering of a guilty plea in the case has saved the State the cost of a trial that could have lasted up to six weeks. He said that his client had moved from his native Nigeria five years ago and was in a long term relationship with an Irish woman with whom he has a child.

He stated that Lewis was an active member of a church and teaches children how to use DJ equipment.

Sinead Behan, the barrister representing Aderibige, said that her client was a taxi driver who, during the Covid downturn, had succumbed to temptation and gotten involved in criminality.

She said that he was a family man who also supported his elderly mother in his native Nigeria and that he had “a lesser involvement” in the operation. Behan added that her client now lives in rented accommodation in Ballincollig, Co. Cork.

The case will be finalised on 10 November next. It was adjourned in order to finalise matters of compensation. Both men were remanded in custody until their next court appearance.