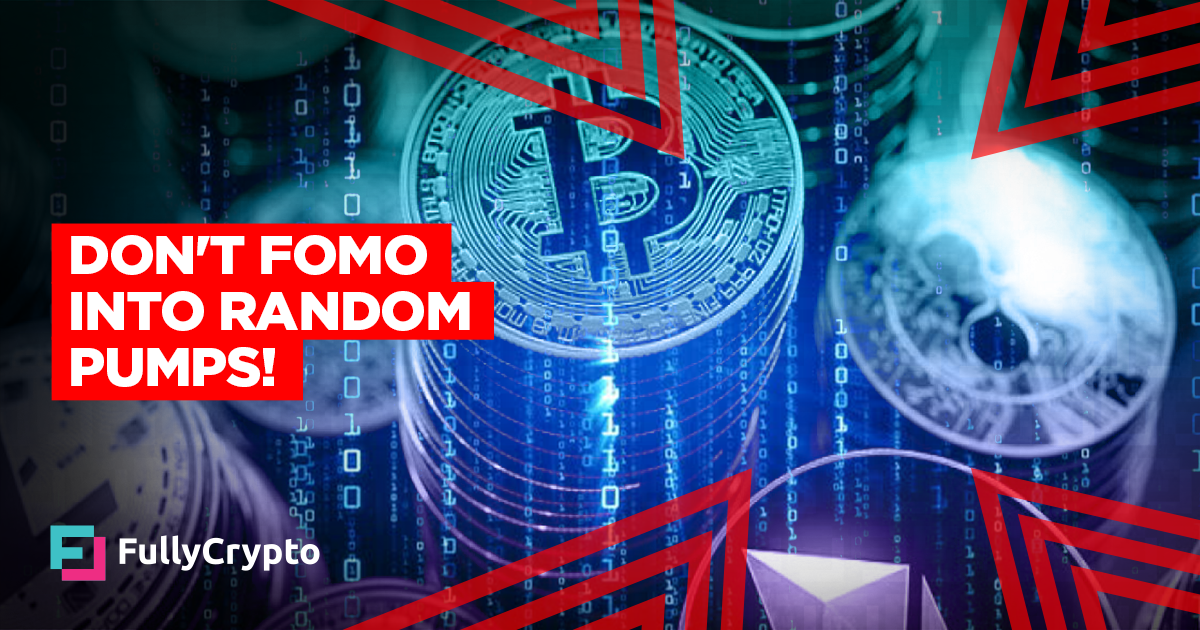 There’s only one thing worse than seeing a random coin pumping 100% or more for no reason, and that’s seeing several coins pumping 100% or more for no reason and none of them being yours. Seeing such price action as your multiple investments sit doing nothing is enough to want to make you give up and throw your phone against the wall, but the fact is that if your coin isn’t pumping to the high heavens without a catalyst then you are in a much healthier position than you realize.

Healthy Pumps Have a Catalyst

Coins that experience high double digit gains in a short space of time with no reason to do so are not sound investments (if there is such a thing in the crypto space). Of course, something that pumps 50% or more is going to come down at some point, but there is a difference between a coin that enjoys a large pump because of a piece of exciting news or a technological development and one that shoots up 100% in the space of a few minutes. This activity is simply a coordinated pump and dump, and the chances are that it is being conducted on coins with low volume for maximum gains. It’s also likely that hardly anyone is in the trade, only those catching it late and handing their money to the pump and dump organisers by way of buying in late.

The Odds of Picking a Pumping Coin Are Tiny

Put simply, you don’t want to be holding coins that have little or no fundamentals based on the fact that they might one day pump massively. This is not a sound strategy in any sphere, but with exchanges now listing hundreds of individual coins let alone their multiple trading pairs, the chances of you picking the coins that will ‘enjoy’ such a move is miniscule.

Also, the chances of you selling at the right time are also not guaranteed, and if you miss the chance to lock in profits on a one-off pump and dump your investment could be gone for good. Would you have sold SHIB at $0.00009 having bought for $0.000001 at the start of the month? Probably not, which is why crypTwit is filled with people bemoaning selling early.

Pump and dumps will always be a part of the market, and feeling like you’re missing out on massive gains is painful, but when you see a coin you have never heard of going hundreds of percent, don’t think ‘why doesn’t mine do that’ and instead start thinking ‘thank goodness mine doesn’t do that’. To profit from it would take massive luck, months or years of painful holding, and perfect timing to sell.

In a market as big as crypto, slow and steady now wins the race, and fundamentals will win out almost every time.