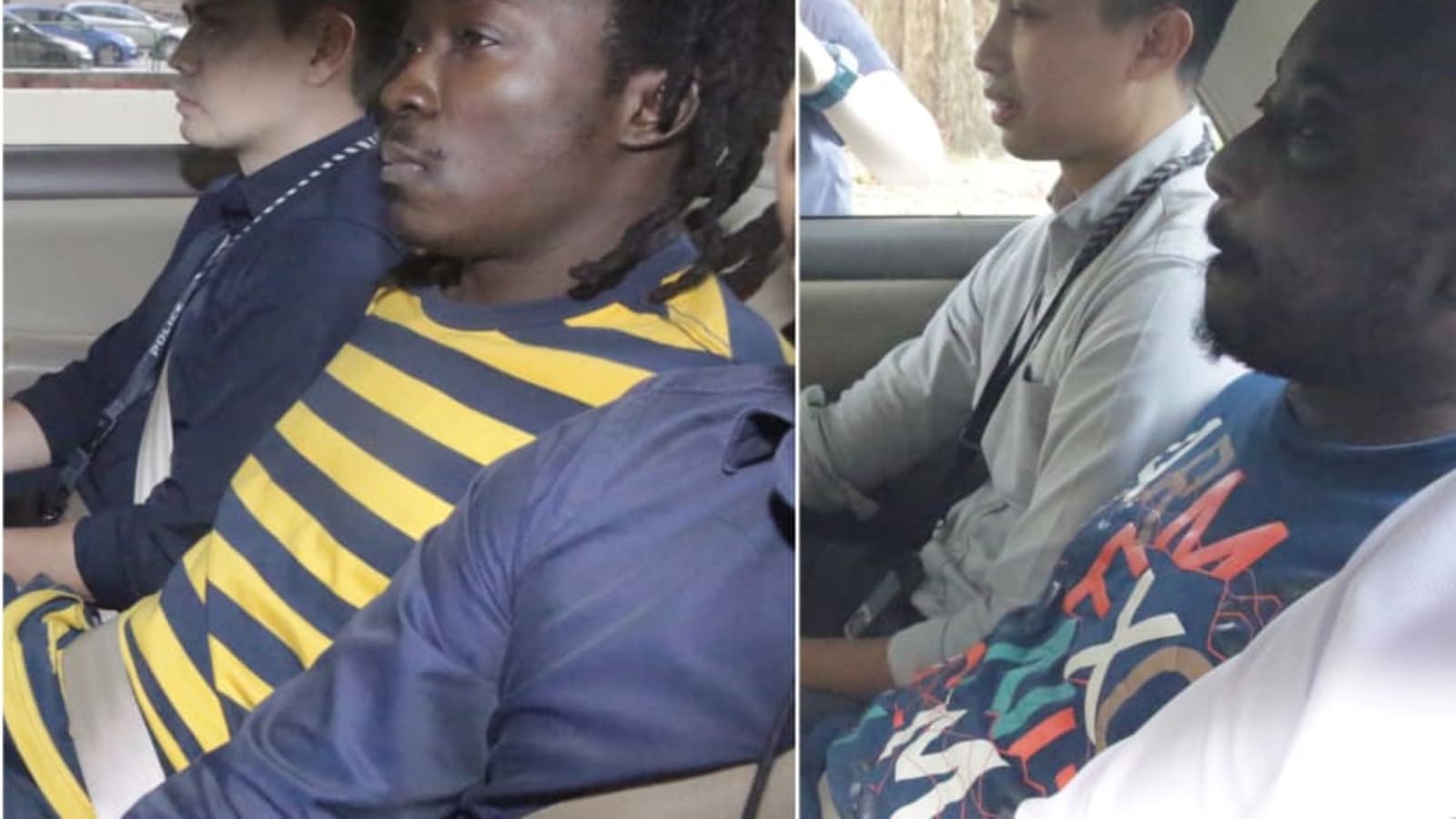 SINGAPORE: Two Nigerian nationals who were members of a transnational love scam syndicate based in Malaysia were sentenced to jail in Singapore on Tuesday (Dec 7).

Both men have been remanded for more than two years after being arrested in Malaysia and brought to Singapore for prosecution.

Opeyemi pleaded guilty to four charges including conspiring to receive criminal proceeds and to obstruct the course of justice, with another five charges taken into consideration.

Ayobami admitted to three charges of conspiring to receive criminal proceeds and obstruct the course of justice, with another four charges taken into consideration.

The court heard that the two men were members of a Malaysia-based syndicate that carried out Internet love scams and had victims worldwide.

The modus operandi of the scammers was for them to get to know victims using false personas online, before cultivating a romantic relationship with victims and gaining their trust.

The scammer would then ask the victims for money using various false premises, and the victims would make bank transfers or hand cash over according to the scammer’s instructions.

As part of the scheme, Opeyemi and Ayobami got into relationships with Singaporean women, each impregnating one of them, and recruited them as money mules.

The money mules would either pass physical cash to Opeyemi and Ayobami in Malaysia after collecting it from the victims, or open bank accounts in Singapore to receive the money from the victims and withdraw the cash to pass to the two men in Malaysia.

Opeyemi recruited two Singaporean women and tried to recruit two others after getting to know them through online dating applications. However, when he asked these two women to give him bank accounts for his use, they declined.

Opeyemi used his money mule’s POSB account to receive the criminal proceeds, until it was frozen by the Commercial Affairs Department during investigations.

His money mule then handed him her OCBC account, which he used to receive sums of money from other victims. Between June and August of 2017, the account was used to receive a total of S$255,935 from four victims in Singapore, Canada and Macau.

The victims in Singapore lodged police reports, while the victims in the other two territories also flagged the offences. Canadian and Macau authorities informed Singapore police about their scam victims.

In February 2019, one of the money mules was called up for investigations. When Opeyemi and Ayobami discovered this, they discussed what to do and complained that Fola had spoiled things by causing the mule to be investigated.

Opeyemi told the mule to give false information to the police to frustrate investigations, and she accordingly gave a false statement in May 2019, saying she gave her bank accounts to a Jerry Oloyede instead of Opeyemi.

Ayobami cultivated his own relationship with his money mule, a Singaporean woman, and had a child with her. When her passport was impounded by the police, she asked her son to travel to Malaysia to pass the criminal proceeds to Ayobami.

Opeyemi and Ayobami were arrested in Malaysia in 2019 and remanded in Singapore from May 2019. It was the first time that love scam suspects based overseas were arrested and brought to Singapore for prosecution.

On top of this, the pair’s crimes involved significant planning and premeditation, with neither men entering Singapore at any time, said Mr Li.

The crimes were also fairly sophisticated, involving a scheme by a criminal group made up of distinct parts, and occurred over about two years.

Opeyemi and Ayobami were “no mere foot soldiers”, said Mr Li, pointing out how they dealt directly with the scammer Fola and recruited lower-level money mules.

There is also a transnational element involved in how the syndicate operated across borders both in scams and how the money was laundered. Although the syndicate was based in Malaysia, its members targeted victims across the world including Singapore.

“By staying outside Singapore at all times, significant efforts and resources were expended in order to secure the presence of (Opeyemi and Ayobami) in Singapore to face justice,” said Mr Li.

Fola continues to be at large overseas.

The two men’s jail terms were backdated to when they were first remanded in May 2019.