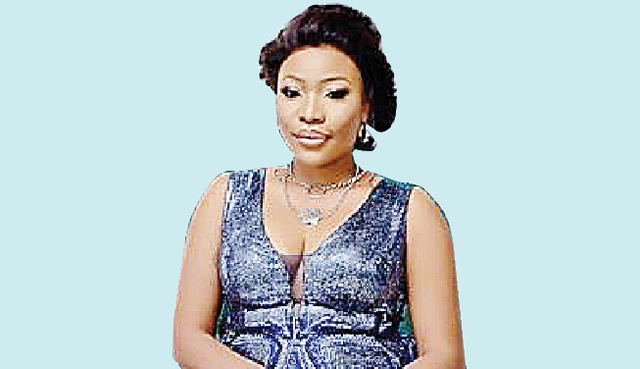 Actress, Doris Ogala, is standing by her colleague, Tonto Dikeh, over the messy separation between her and her ex-lover, Prince Kpokpogiri, which has been trending on the Internet for some time.

In a post on her Instagram page, Ogiri had stated that she had details of certain fraudulent activities Kpokpogiri was involved in. This was even as she noted that Kpokpogiri took advantage of the love Dikeh had for him to defraud her.

In an interview with Sunday Scoop, Ogala said, “I detest molestation and people hurting others deliberately. I thought he was an answer to our prayers for a perfect husband (for Dikeh). I felt she had finally got all she deserved. I had even been posting (pictures of) them (the estranged lovers) on social media; only for me to realise that he is not who he claims to be. It got me sad. I will fight, not only for my friend, but for any other woman who is being oppressed.”

Asked if she had any worries that Kpokpogiri could come after her, she retorted, “The day he tries it would be his end. That is the day he would stop blackmailing (people). I am not afraid of him or his likes. I know his gang and how dangerous they can be but I am well prepared for them.”

On how she got the information she claimed to have on him, Ogala said, “I have a lot. He has done a lot (of things). If I start mentioning all I have on it, it would cause a lot of trouble. People should be careful around such people; he is bad.”

She also stated that she did not have any form of relationship with Kpokpogiri prior to now. She added, “I have never set my eyes on him. I only knew him when he started dating my friend. I was there when he proposed to her.”

“Everything (about their relationship) was a scam, including the proposal. He planned everything from the beginning. He started recording her from the first day. He planted cameras in private places that she didn’t even know about, so he could get her nude pictures and videos, and blackmail her with it.”

Ogala also stated that she had spoken with Dikeh after the break-up and the latter was in good spirits. She said, “I want to borrow her strength. She is one of the strongest women I’ve seen.”

All rights reserved. This material, and other digital content on this website, may not be reproduced, published, broadcast, rewritten or redistributed in whole or in part without prior express written permission from PUNCH.