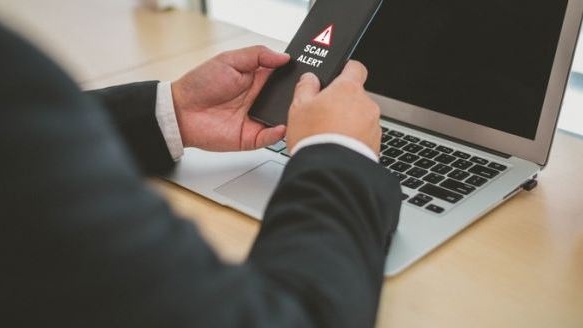 Scam artists conned Irish people out of more than €15 million in the year to the end of July with fraudulent activity jumping by almost 80 per cent as criminals sought to maximise their profits from the fear and uncertainty caused by Covid-19.

Victims were tricked out of an average of €5,300 by criminals with scams involving impersonation, romance and bogus investments amongst those routinely deployed against unsuspecting consumers.

According to research published on Thursday by the fraud arm of Banking and Payments Federation Ireland (BPFI), 68 per cent of consumers were targeted by some form of impersonation scam.

In monetary terms, victims were conned out of €15.6 million, an increase of 51 per cent on the previous year.

The report noted a sharp rise in reports of fraudsters pretending to be from a legitimate organisation or business and seeking to get sensitive information or money from their victim.

All told, some 68 per cent of consumers reported being targeted by some form of impersonation scam in the 12 months to July 2021, with the figures rising to 83 per cent among 18 to 24 year olds.

Despite the widespread adoption of online and mobile solutions, 72 per cent of respondents contacted by fraudsters said they were contacted by phone, almost twice as many as reported being contacted by email.

While scammers aim to pressure or frighten potential victims into handing over money, encouragingly the research shows that some 70 per cent of respondents did nothing when contacted with 6 per cent saying they clicked on a link in an email, 3 per cent providing personal or account information and 2 per cent providing bank or credit card details.

Potential victims were targeted through a range of communication channels and in various guises. Some even combined approaches, seeking to communicate through a mixture of emails, cold calls, follow-on calls, voice messages and SMS text messages.

“Fraudsters continuously update and adapt their tactics and tools,” warned the chief executive of the BPFI Brian Hayes. “They can quickly identify and exploit scam opportunities presented by evolving consumer and business behaviour as well as the ever-changing economic and social environment.”