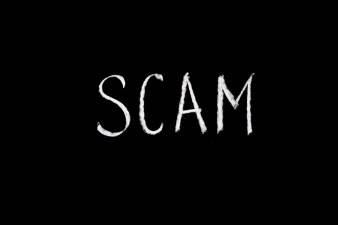 ALOR SETAR: A 68-year-old senior citizen claimed to have suffered losses amounting to RM80,000 after being duped by a Macau Scam syndicate which deceived the victim over alleged outstanding debts on Sept 24.

Kedah contingent police headquarters (IPK) Commercial CID chief Supt Elias Omar said the victim, who is the owner of a business, received a phone call from a man claiming to be from the Inland Revenue Board (IRB).

“The victim who lives in Alor Setar denied that he has an outstanding debt before the suspect connected the phone call to a police officer from IPK Melaka.

“The victim was then connected to Telekom Malaysia (TM) to convince him that the line was from IPK Melaka. The victim was also connected to Bukit Aman to listen to a radio alleging the victim’s identity card was being involved in money laundering and drug trafficking,“ he said in a statement here today.

He said the victim was intimidated with an arrest warrant and was instructed to channel his savings to Bank Negara Malaysia as a sign that the victim was cooperating with the suspect.

“On Sept 27, the victim made three transactions amounting to RM80,000 into the account provided by the suspect. The victim only realised that he had been duped when his wife found out that the victim had deposited a sum of money into the given account,” he said.

Elias said the victim lodged a police report at the Kota Setar police station yesterday and the case was being investigated under Section 420 of the Penal Code.

“Members of the public have been advised to verify the information received via https://ccid.rmp.gov.my/semakmule/ and Bank Negara Malaysia to find out about the validity of the bank accounts,“ he said. –Bernama