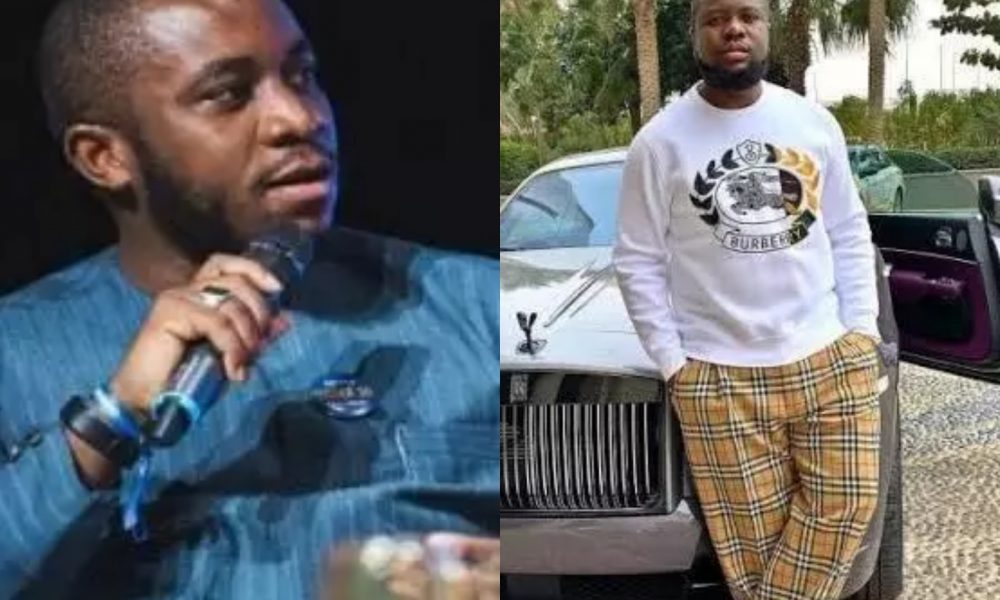 It’s Insulting To Compare Me With Hushpuppi, He Is Not On My Level – Invictus Obi Explodes

In an interview with Latestly, Invictus Obi stated that he has impacted more life and should not be compared to Abbas.

According to him, he is not on the same level with the former Instagram model.

Obi, who was sentenced to ten years in prison, stressed that Hushpuppi cannot achieve what he has achieved.

He said: “It’s insulting, me and Hushpuppi are not on the same level. Hushpuppi could never achieve what I achieved.

“He cannot run a business and we are not similar in any way. He was out to please the crowd, I was out to change lives, create jobs and conquer the business world.

“I have done so much for my community back home with my charity foundation, which lives has he helped? Nobody.”

Speaking further, Invictus Obi stated that he holds not grudge against Hushpuppi but find constant comparison to him annoying.

“No I have never met him, but I just find the continued comparison very annoying.

“Our impact on the world is very different. I have made a much more positive contribution to society than he has,” he said.

Recall that Invictus Obi was in February sentenced to 10 years in prison for his involvement in a computer-based intrusion fraud scheme amounting to $11 million.

The 33-year-old before his arrest in 2019 was listed as one of the most influential young entrepreneurs recognised by Forbes.

Okeke was nabbed by the Federal Bureau of Investigations (FBI) which alleged he connived with certain individuals, some of whom remain at large, to defraud American companies and individuals over a period of at least four years.

Agents of the international security agency obtained an arrest warrant and intercepted the fraudster in the airport while returning to Nigeria after a brief visit to the U.S. in 2019.

However, after months of denying his involvement in the crime before a federal judge in the U.S. and argument over jurisdiction, he pleaded guilty to the allegation of conspiracy to commit wire fraud and agreed to cooperate with American authorities last year June.

The guilty plea helped Okeke, who was initially indicted on two counts of computer and wire fraud, to secure the withdrawal of the second charge that carries lesser sentence and fines.

As part of his deal with the U.S. government, he would now enjoy immunity from prosecution on the same matter in the U.S. Eastern District of Virginia.

The district would also confirm the validity of the plea agreement in case Okeke is charged over the same offence in another jurisdiction.