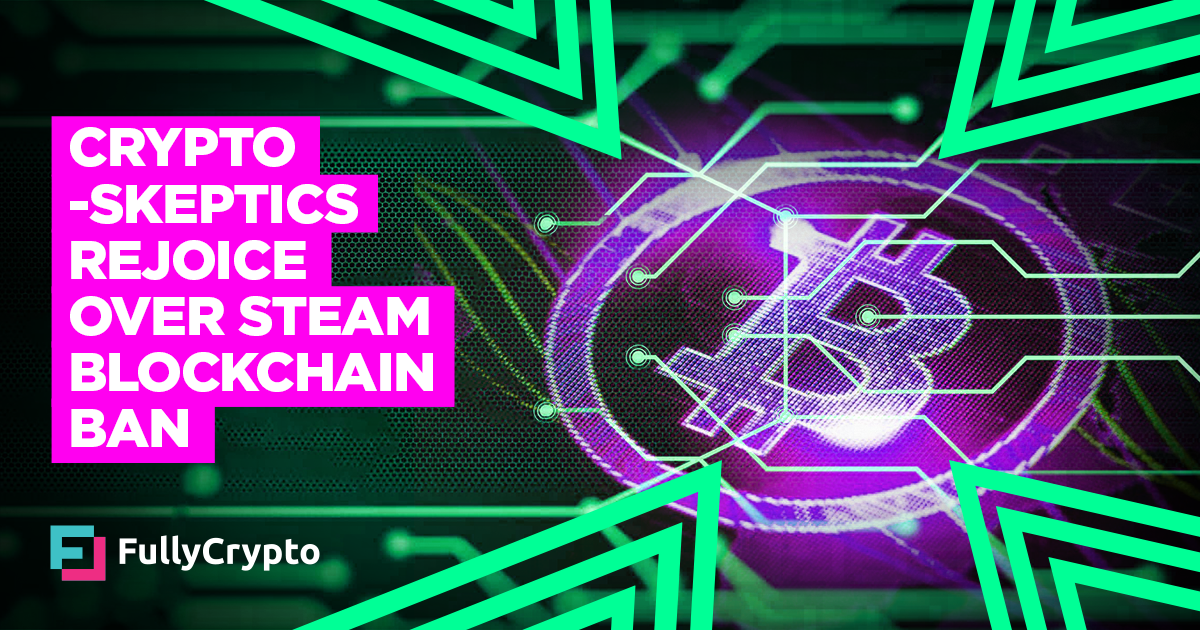 Cryptocurrency and NFT skeptics rejoiced over the weekend as Steam, one of the biggest online game platforms in the world, quietly banned games based on blockchain technology or that issue NFTs or cryptocurrencies. Steam added such games to its ‘prohibited’ list, a development that was first spotted by Twitter user and NFT-based game developer SpacePirate_io but which has yet to be explained by Steam. While some bemoaned the development, a great many people responded positively to the news, comparing cryptocurrencies and NFTs to scams and Ponzi schemes while protesting at the industry’s energy consumption.

SpacePirate_io first took to Twitter on Thursday to state that he had seen an addition to the list of games not allowed on the Steam platform that made mention of blockchain and NFTs:

SpacePirate_io added that, in being up front about the project’s blockchain foundation and inclusion of NFTs that he had put himself in the position for the project to be rejected. While Steam has given no official reason why it has banned blockchain based games, SpacePirate_io said he believed it was down to a belief that “items have value and they don’t allow items that can have real-world value on their platform”.

Some of the responses bemoaned the backward thinking of such platforms, but a surprisingly high amount were supportive of the move, with the crypto and NFT space coming in for a huge amount of criticism:

blockchain is all about pyramid scheme investments and uses huge amounts of energy to process. Age of Rust is exactly that, “investing” in virtual land and the earlier you come, the larger the profit. but if the flood of new people stop coming at some point that invest, it fails.

Good, until there is a better system than burning vast quantities of electricity for no real reason to keep the block chain going I can’t support its use in anything

These viewpoints show just how much work the crypto space needs to do in order to educate huge areas of society, change that may only come with greater use cases and overall adoption, something that companies like Steam seem to be actively working against.