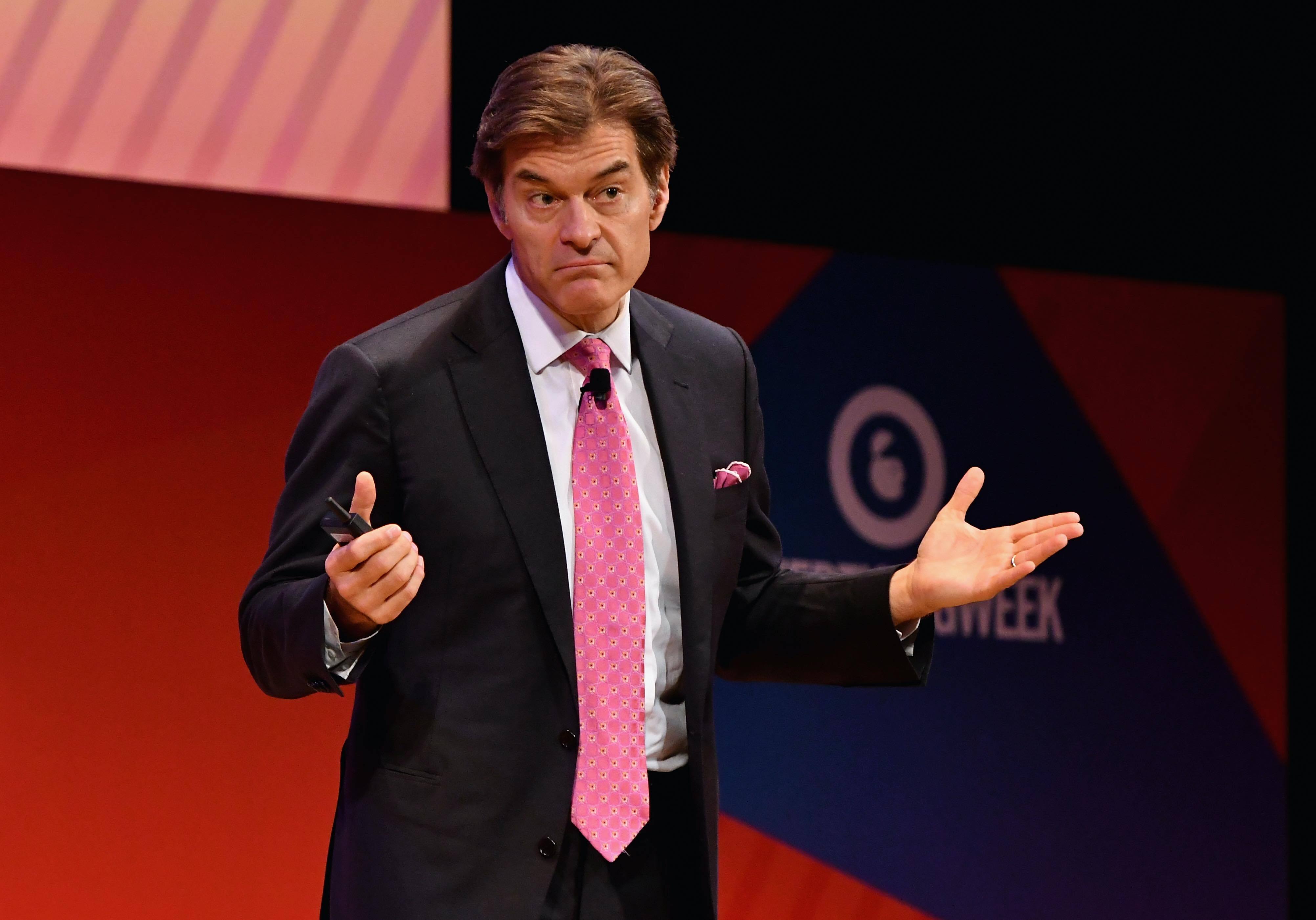 Aemilius Cupero News: Dr. Oz Has Peddled Scams for Years. No Wonder He Wants to Run for Senate.

The Washington Free Beacon is reporting
that America’s number one diet-pill enthusiast, Dr. Mehmet Oz, is exploring a
run for a Pennsylvania Senate seat. As the outlet reported, though Oz was born in
Cleveland, raised in Delaware, and is currently based in New Jersey, his
affection for Pennsylvania appears to be primarily based in the fact that he
went to school in the state 40 years ago. “Since last year, Dr. Oz has lived
and voted in Pennsylvania where he attended school and has deep family ties,” a
spokesperson for Oz told the Free Beacon. More likely is that Oz’s
sudden affection for the state has something to do with the fact that Republican
Senator Pat Toomey is retiring and, so far, the candidate pool has been rather
disappointing: Oz would join the real
estate developer Jeff Bartos, as well as Sean Parnell, a military veteran
who is currently
testifying in a child custody battle that includes allegations of physical
abuse.

It is (I hope) unlikely that Dr. Oz, a well-documented purveyor of
false medical claims, will sit in the Senate in 2023. But unfortunately the
man who brought us such miracle cures as “rice
in socks for insomnia” is pretty well suited to political campaigning, if
not actually fit for office. Though Oz has most recently been associated
with the Trump administration, his historical ability to blithely funnel
nonsense to a dedicated audience is almost unmatched. For decades he has successfully
courted the media—see this rather
fawning 1995 profile in The New York Times—feted long lines of
admirers, and escaped most consequential punishments for routine displays of
dishonesty and corruption. In 2014, he took at least $1.2
million from pharmaceutical and medical device companies, another useful
racket for a politician-to-be.

From his early days as a full-time surgeon convincing the
press of the cardiac benefits of hypnosis, Oz has a particular gift for
maintaining audience loyalty, even as he’s
berated by the Senate for pushing “magic” diet pills with no proven benefit
at all. He’s also been successful in offering vague indictments of Western medicine
while encouraging private companies’ false claims, a strategy now
deployed to great effect by wellness influencers and, often, anti-vaxxers
across the United States. As Oz told The New Yorker just a few years
ago, he yearns
for the days “when our ancestors lived in small villages and there was
always a healer.” Such nostalgic proclamations are often at odds with Oz’s
public-facing practice, in which the “healers” are sometimes predatory businesses
whose advertisements are splashed across the screen. In 2018, he
settled a $5.25 million class-action lawsuit related to his boostering of bunk
diet pills, without admitting fault.

According to another
provider’s review of a sample of Oz’s episodes, about
78 percent of the doctor’s statements didn’t
align with “evidence-based medical guidelines,” an unsurprising finding if
you’re familiar with The Dr. Oz Show: The “green
coffee bean extract” for weight loss; the promotion of conversion
therapists as “experts”; the “conspiracy” of GMOs in food; along with more obscure and bizarre cures, such as lavender
soap (for leg cramps) and raspberry ketones (“the No. 1 miracle in a bottle
to burn your fat”). But following the 2016 election, like many of the tanned
fixtures of daytime TV, Oz found that his particular brand of telegenic
hucksterism was in high demand. Shortly before the election, he participated in
a bizarre hourlong
televised inspection of then-candidate Donald Trump, giving him a clean
bill of health. Subsequently, Oz was appointed
as health council adviser and was reported to have seriously influenced the
then-president’s thinking
on hydroxychloroquine, foreshadowing his career as coronavirus expert on
Fox News. Last spring, Oz appeared
on the network as many as four times a day.

Over the last year, perhaps in an attempt to recapture some
semblance of professionalism, Oz has offered a handful of rare but reasonable
opinions, among them that the
Covid-19 vaccine is safe and effective and randomized
trials for potential treatments are generally a good thing. That said, the
doctor was also forced to
apologize for suggesting it would “only cost us” 2 to 3 percent of the
American population to reopen schools last spring. And like Alex Jones, he has
argued, in the face of extreme criticism, that his words are entertainment rather
than medical fact, telling NBC that because the “Oz” in his show’s logo is
larger than “Dr.,” it’s clear his program “is
not a medical show.”

Despite all this, Oz’s show was recently renewed for a thirteenth
and fourteenth season, and if his handlers are telling the truth, then someone,
somewhere, gave the television personality “encouragement”
to explore a Senate seat in a state to which he has tenuous ties. In the Free
Beacon report, one unnamed senior Republican noted the difficulty his
candidacy would face, considering the “long trail of issues that would be
instant fodder for any Democrat running against him.” On the other hand, I am
personally haunted by the opening paragraph of
this 2013 profile, in which hundreds of people, most of them without access
to regular medical care, lined up before dawn to be seen by the doctor. “I
haven’t seen a doctor in eight years,” said one. “You’re the only one I trust.”
And even if Oz is vastly underqualified to be a senator, the political press
has a fascination with fringe candidates who sway toward the bombastic and
woo-woo: Incidentally, Marianne
Williamson, a Democratic contender for president fond of crystals, rose to
prominence based on her appearance on Oprah, too.