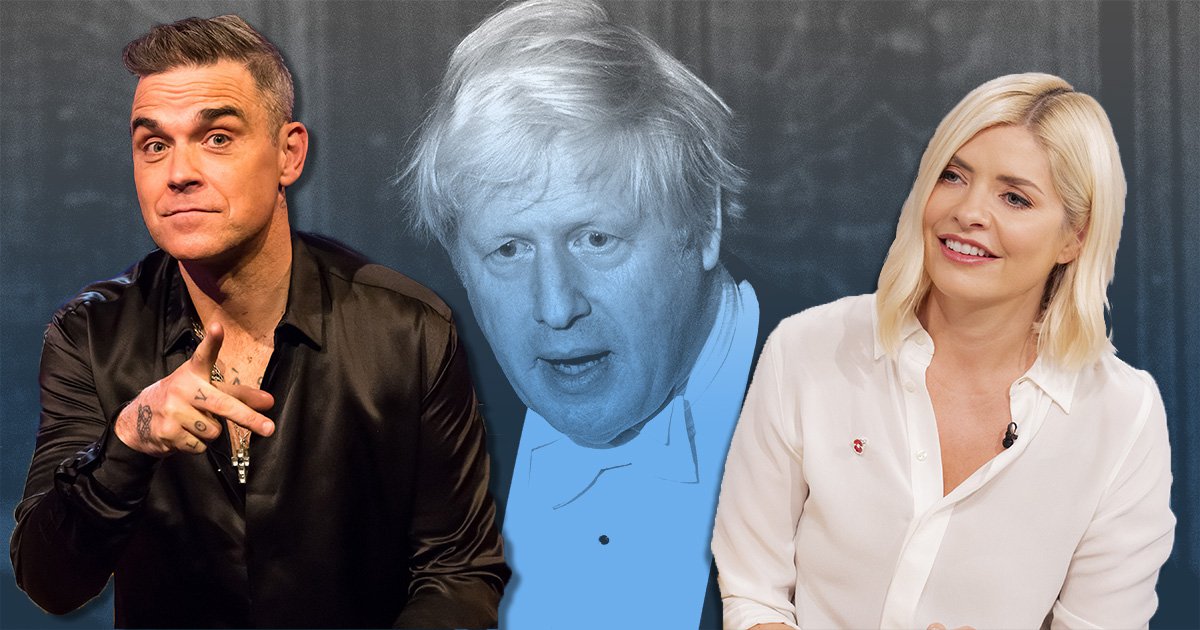 Financial journalist Martin Lewis, who has been campaigning against fake ads using his face to lure users for a long time, now wants tech giants to be held responsible under new laws.

Speaking to PA news agency, Mr Lewis said: ‘It isn’t for me to fix this problem, it isn’t for Richard Branson or for Robbie Williams or Deborah Meaden, we are having our names ripped off to rip off vulnerable people.’

Phillip Schofield, Dawn French, Lorraine Kelly, Davina McCall, Bradley Walsh, Rob Brydon, as well as Dragons’ Den stars Duncan Bannatyne and Peter Jones are among the celebrities who have added their names to the letter sent to Mr Johnson.

Consumer expert Mr Lewis, along with Virgin founder Mr Branson and the businesswoman Ms Meaden are some of the most-used faces in online fraud, according to Action Fraud and the National Cyber Security Centre (NCSC).

Mr Branson said: ‘We know there has been a sharp rise in scams since the start of the pandemic, and it’s deeply concerning that people may be tricked into parting with their money by someone pretending to be me.’

Ms Meaden added: ‘For too long, people have fallen victim to scams because they trusted that myself and others were behind these false ads.

‘It’s not enough for us to warn people through the press and media, something needs to be done to stop the ads appearing in the first place.’

Last month, digital secretary Nadine Dorries told MPs that while she would ‘love’ to include paid-for scam advertising in the Bill, ‘legal advice’ prevented her from doing so.

A Government spokesperson said that a response to the letter will be issued ‘in due course’, saying: ‘We have been clear that online fraud is a huge problem and the Government is continuing to explore additional legislative and non-legislative solutions to combat it.

‘We’re looking into the entire issue of online advertising including whether tougher regulation is needed.’

If you’ve got a celebrity story, video or pictures get in touch with the Metro.co.uk entertainment team by emailing us celebtips@metro.co.uk, calling 020 3615 2145 or by visiting our Submit Stuff page – we’d love to hear from you.


MORE : Will Young cuffs himself to beagle breeding facility in protest of animal testing: ‘People do not know about it in this country’


MORE : Christine McGuinness ‘vomited’ when she saw pics of husband Paddy with Nicole Appleton but ‘knew she would never leave him’