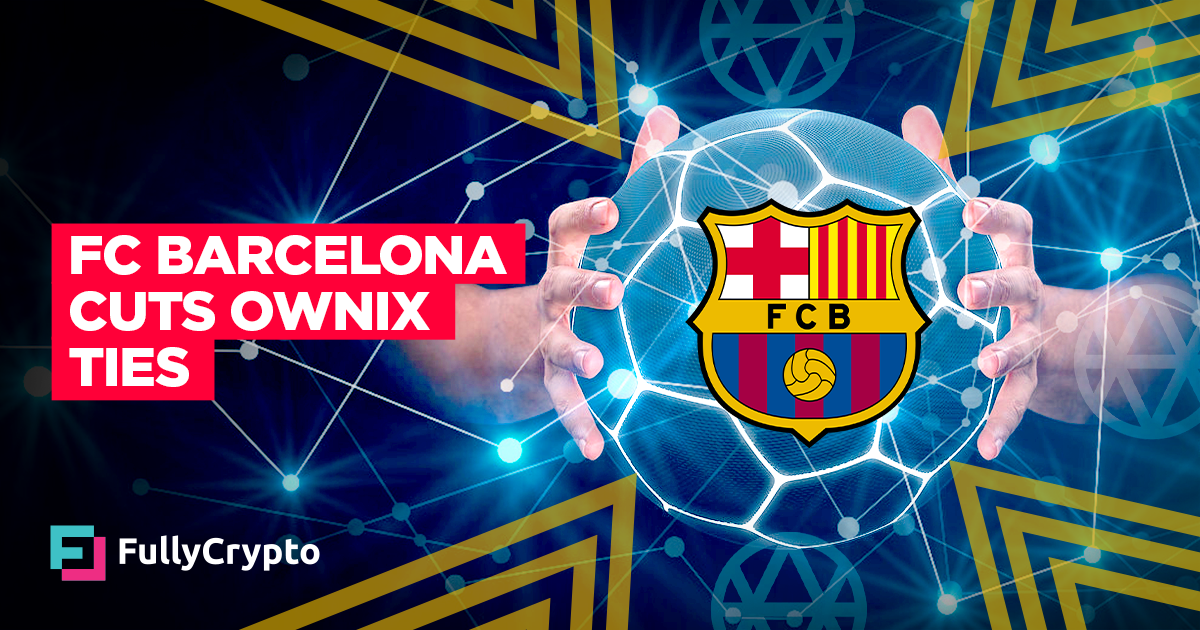 FC Barcelona has cut ties with crypto firm Ownix after the arrest of one of the Ownix’s consultants, Beitar Jerusalem owner Moshe Hogeg, over his alleged involvement in a crypto scam. Hogeg was one of eight people arrested last week on suspicion of involvement in a massive crypto fraud that law enforcement said was worth millions of dollars to the owner of top Israeli soccer team Beitar Jerusalem.

The FC Barcelona/Ownix deal was less than 20 days old, with the crypto firm having announced a partnership on November 5 that would allow Barcelona to launch NFTs, including digital certificates of authenticity for virtual items linked to the team’s history, through its platform.

FC Barcelona released a statement yesterday that condoned the alleged actions of Hogeg, who was an advisor to Ownix, which itself is not connected to the scam, and announced it was scrapping the partnership:

In light of information received today that goes against the club’s value, FC Barcelona hereby communicates the cancellation of the contract to create and market NFT digital assets with Ownix with immediate effect.

For its part, Ownix tweeted that it was severing ties with Hogeg at Hogeg’s request:

Aemilius Cupero News: Soccer Clubs Getting in on the Crypto Act

The cancellation of the contract is naturally a huge blow for Ownix which, despite having no direct association with the scam at the center of the allegations against Hogeg, is tainted by reputation. Football clubs have been some of the biggest adopters of the cryptocurrency and NFT space, with many of Europe’s top clubs, including FC Barcelona, launching their own tokens and NFT lines in order to further monetize their brands and increase interactions with their fanbase.