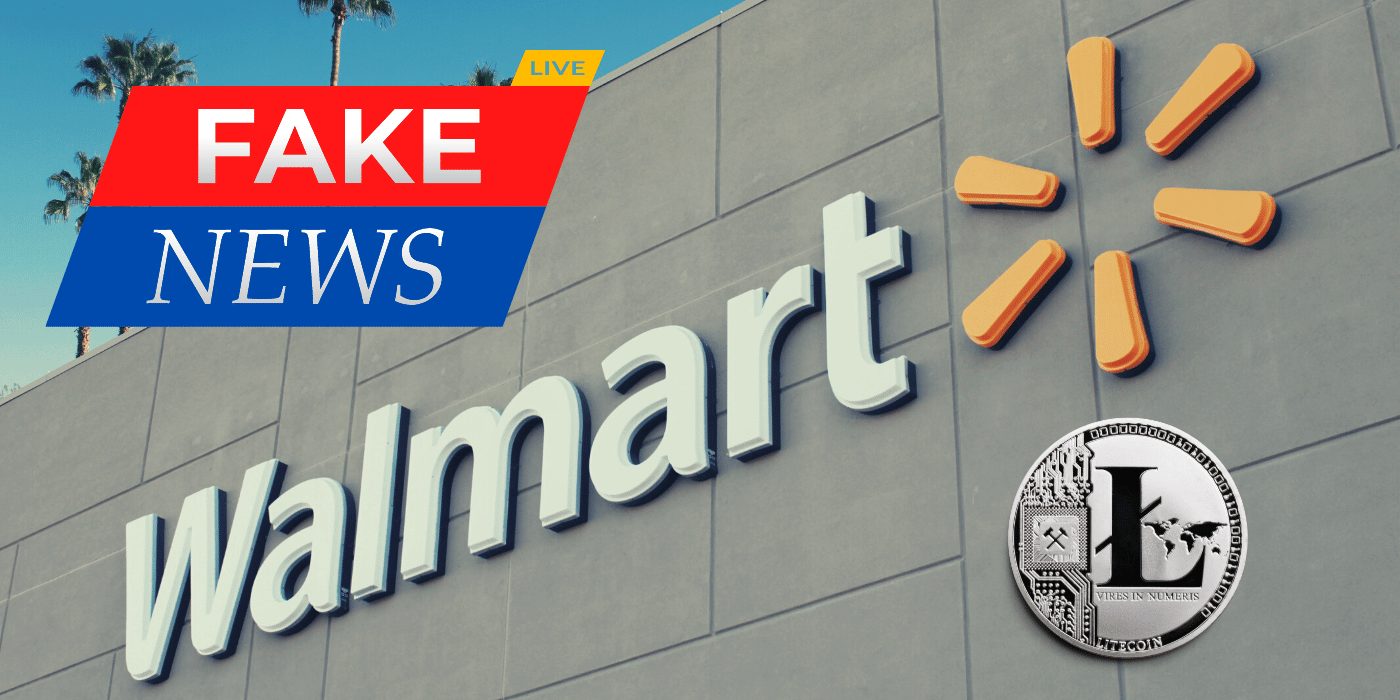 We can now officially add “fake news” to a growing list of crypto scams after a bogus press release went out on September 13 claiming that US retail giant Walmart was partnering with Litecoin (LTC) to accept payments in the cryptocurrency.

The press release, published by US agency globenewswire.com, purported to be connected to “Walmart Inc”. Several mainstream media outlets including Reuters, Bloomberg and CNBC ran with it, inflating the value of Litecoin by 28.9 percent over 24 hours. Those gains were erased once it was established the news was false.

Several cryptocurrency influencers had already tweeted that the announcement was fake. One of them discovered that the URL “WALMART-CORP.COM” had been registered just last month. It was contained in the email quoted in the globenewswire.com press release and did not lead to an official website.

Whoever created the fake release most likely disposed of a significant quantity of LTC as traders swallowed the hype, meaning investors became unwitting victims of a simple pump-and-dump.

We promptly withdrew the press release and issued a Notice to Disregard. This has never happened before and we have already put in place enhanced authentication steps to prevent [it] from occurring in the future. We will work with the appropriate authorities to request – and facilitate – a full investigation, including into any criminal activity associated with this matter.

The involvement of a publicly traded company means the SEC is also likely to launch an investigation. The regulator has repeatedly prosecuted those who try to use fake news to manipulate financial markets.

The Litecoin Foundation may also be partly to blame, as it retweeted the press release from its own account. But according to foundation head and Litecoin creator Charlie Lee, the retweet was a process error:

We have three people who have access to the [Litecoin] Twitter account. The person on duty saw the news on globenewswire.com and … retweeted it, and 10 minutes later he saw that it was fake and we deleted it. It’s unfortunate. We’ll definitely be more careful in the future … but I think the story blew up before we tweeted it.