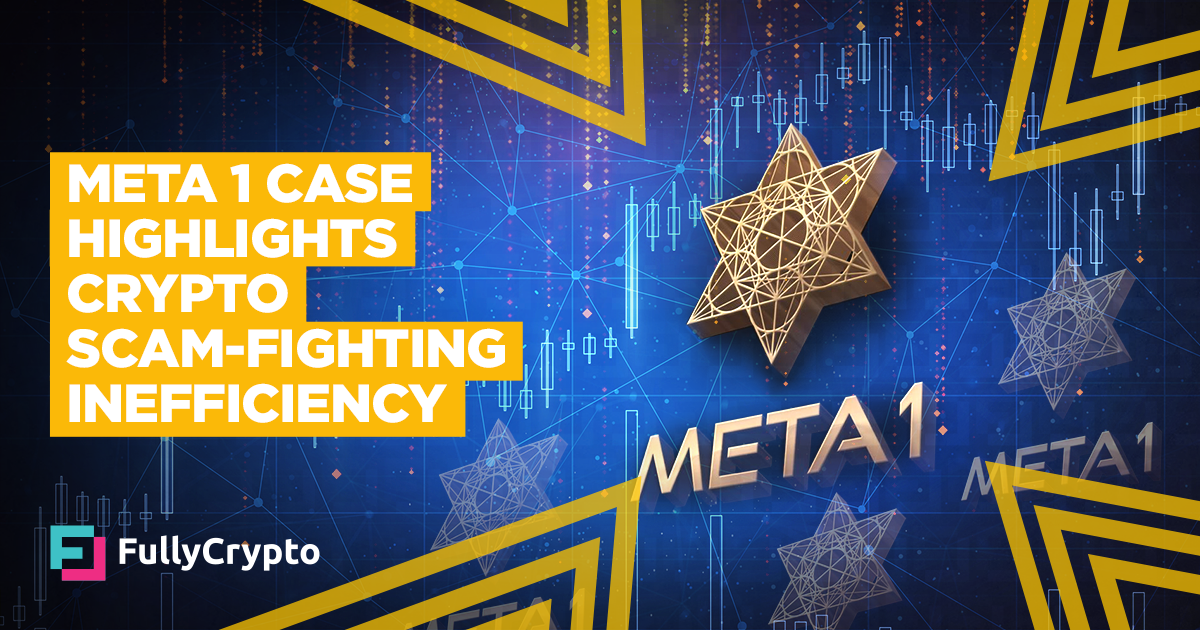 META 1 is an ongoing cryptocurrency scam whose American founders have managed to evade court sanctions by simply ignoring them and operating from a different location. In that time they have continually defied court orders against them and continued to push their scam while the Securities and Exchange Commission (SEC) lags pitifully behind, increasing the risk of innocent people losing money. The farcical episode highlights just how far behind authorities are in dealing with cryptocurrency crooks.

META 1 was brought to the SEC’s attention in early 2020 and, spotting the scam for what it was, filed an emergency cease and desist notice through Western District of Texas (Austin Division) where META 1 founder Robert Dunlap was based. This stopped the flow of money coming in through the ICO and froze the assets of those involved and seemed to put an end to the project. Indeed, the SEC proudly claimed so in an announcement titled “SEC Emergency Action Stops Digital Asset Scam” but nothing of the sort has transpired – META 1 has continued scamming ever since, even ramping up their marketing efforts in recent weeks.

The SEC has spent the last 16 months going through the courts in order to force those behind META 1 to pay back what they illegally obtained, but so far they have not managed to recoup a penny; Dunlap et al. simply ignored all attempts by the SEC to bring them to justice, while the only person to have arranged a deal with the SEC, Peter K. Shamou, failed to pay back the first instalment of the $7.6 million he owes on time.

Dunlap has publicly said that the SEC is waging a war on cryptocurrencies and he doesn’t recognize their jurisdiction over him, which explains why he is ignoring their calls.

This left the SEC to win a summary judgement against Dunlap and the META 1 team in February, but this has, so far, been an empty victory. Such is the difficulty in obtaining records to prove to the court how much META 1 took, a process the SEC has called “tedious and time-consuming”, they still haven’t arrived at a figure. The court has given them until the end of September to come up with a figure, but even then it is highly unlikely that Dunlap and his cohorts will pay back a penny voluntarily.

While the SEC has been toasting its victory, META 1 has grown. They have relocated their operation outside of the SEC’s jurisdiction, something that the SEC will have to tackle as a priority, allowing them to continue to market META 1 on social media, which was banned under the SEC ruling. They have also tried to con money out of investors by buying online legal courses and launching products such as a bank, debit card, and cryptocurrency exchange, which the SEC says has no withdrawal feature. And, of course there’s the fabled META 1 coin, which Dunlap says is backed by $8.8 billion in gold.

The fact that META 1 can not just continue operating but actually grow its scam under the floodlights of ongoing legal action by America’s financial enforcers highlights how far behind the authorities are in dealing with this sort of thing. While the SEC picks through blockchain records to find a figure that it’s patently obvious they will have to spend more months fighting to get back, META 1 is actively scamming individuals who don’t have the experience to know that they are selling a pack of lies.

Hopefully the increasing regulatory oversight which is needed to clean up the image of cryptocurrency will have the knock on effect of coming down hard on scammers like Dunlap and the rest of the META 1 scammers.