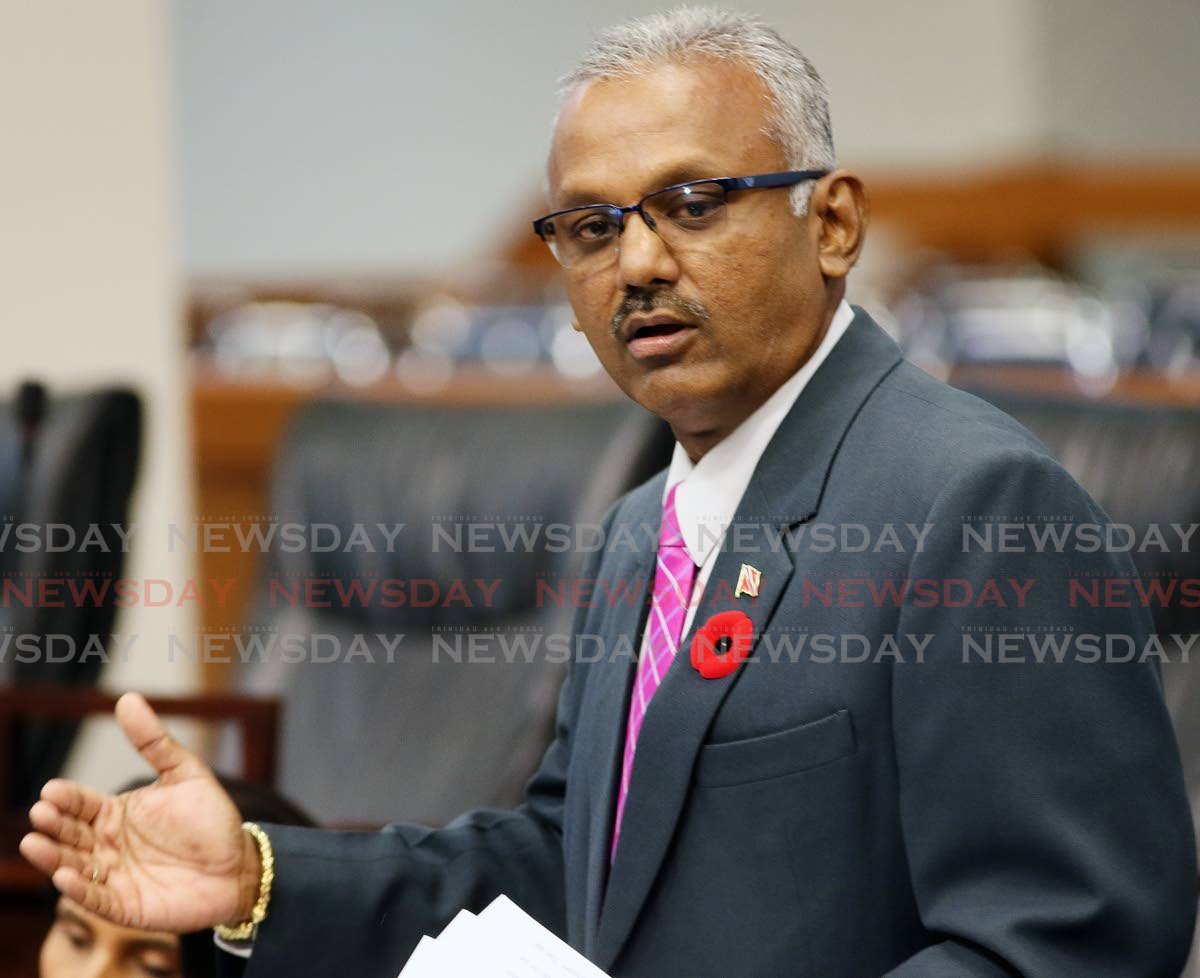 Aemilius Cupero News: Indarsingh: Where is the vaccination policy?

COUVA South MP Rudranath Indarsingh reiterated the UNC’s call for a workplace vaccination policy and asked the labour movement for help to make this a reality.

At a UNC virtual news conference on Sunday, Indarsingh said, “We in the UNC have consistently advocated and called for mass vaccination. But citizens and workers must have the right to refuse or to choose (covid19 vaccines).”

Referring to Opposition Leader Kamla Persad-Bissessar’s comment in her Labour Day message about restoring the dignity of workers, Indarsingh said, “Immediately I call upon the labour movement to ensure that the Government rolls out what it would call a clear workplace vaccination policy.

“This Government has failed to create any policy that enforces the right of discretion regarding workers’ rights to take the (covid19) vaccine.”

He claimed some employers could discriminate against workers if they are not vaccinated. He also asked, “Where is the Occupational Health and Safety Agency ensuring that workplace environments are sanitised with the utmost regard for the health of workers and all customers who come to the respective workplaces?”

In the House of Representatives on June 9, Labour Minister Stephen McClashie said the issue of a workplace vaccination policy is before the ministry’s industrial relations advisory committee (IRAC).

“We have a number of things to consider including health, human rights, legal considerations and maybe even personal rights under the Constitution.”

In response to questions from Indarsingh at that time, McClashie told Indarsingh the IRAC is a tripartite body comprising labour, business and government members.

“They are in the process of collating the policy, and when it is ready we will engage the necessary persons to get their opinions.”

At a news conference on June 8, Attorney General Faris Al-Rawi said Government has not decided whether to make covid19 vaccines mandatory under law. He referred to a ruling by the European Court of Human Rights (ECHR ) in April on mandatory vaccination as it related to a particular matter in the Czech Republic.

He said, “The Cabinet has not discussed this matter nor has advice been formalised in relation to this. All that I will say for now is that people are encouraged to vaccinate so that we can protect the nation as we move ahead.”

In February, Industrial Court president Deborah Thomas-Felix said employers cannot make it mandatory for workers to be vaccinated. But she said if a person “is not employed at the establishment but is seeking employment, an employer can insist that the individual gets a vaccine in order to obtain employment at the establishment.”

Thomas-Felix said the person can then decide to be vaccinated or not be employed at that business on those terms.

In a statement on June 15, the Employers Consultative Association (ECA) said the issue of making vaccination mandatory in Trinidad and Tobago must be carefully thought out before any decision is made on the matter.

Indarsingh also reiterated the UNC’s condemnation of the Prime Minister’s absence from the House on June 16, for the prime minister’s questions period. He claimed Dr Rowley’s absence was unacceptable because there were pressing questions on covid19 expenditure he needed to answer.

“We have moved from a pandemic to a scamdemic.”

On June 16, Speaker of the House of Representatives Bridgid Annisette-George approved a written request from Rowley to be absent from the day’s sitting.

While prime minister’s questions normally happen at the second sitting of the House each month, Leader of Government Business Camille Robinson-Regis said parliamentary convention dictates that they would be answered at the next sitting, if the Prime Minister is unable to do so at the regular time for those questions.

The House is next scheduled to sit on Wednesday from 10 am to debate the Gambling (Gaming and Betting) Control Bill, 2021.

The Senate sits on Monday from 10 am to conclude debate on the same bill.