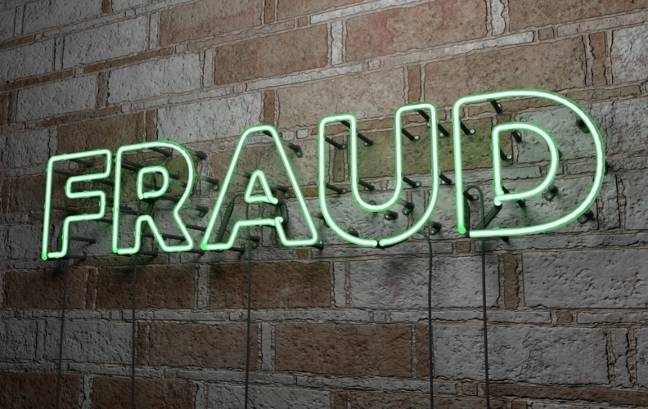 The UK’s financial regulator is refusing to say whether it will accept an offer by Google to pay back more than £600,000 spent on online ads warning people about the dangers of money scams.

News that Google made the offer came to light earlier this week during oral evidence [PDF] to the Treasury Committee hearing on economic crime. Among those giving evidence was Mark Steward, director of enforcement and market insight at the Financial Conduct Authority (FCA).

He was quizzed by Rushinara Ali, Labour MP for Bethnal Green and Bow, who wanted to know about the £600,000 the FCA is paying Google to run ads warning about online financial scams.

She asked: “Is it appropriate for a regulator to have to post warnings while Google profits from social media companies that make money out of fraud, or should you be empowered to make it do that without you having to waste money?”

Mr Steward replied that the FCA preferred not to run ads warning people before agreeing that “the irony of us having to pay social media to publish warnings about advertising that they’re receiving money from is not lost on us.”

He went on to say that Google had, in fact, offered to refund the cash as a credit against further ad spending.

“We have been in discussions with Google, which has offered us a credit in relation to these expenses in the future, which we are in the process of considering at the moment,” he said.

Pressed by Ms Ali whether Google had confirmed that they would return the money, Mr Steward replied: “I’m not sure they’ve gone that far.”

“It ought to,” said Ms Ali. “It is profiting from fraud and costing the Financial Conduct Authority money. I would be really interested to know what happens with that discussion, whether you are going to get your money back and whether it can give you an undertaking that this is not going to happen going forward.”

The FCA declined to comment formally on whether it intends to take up Google’s offer, although The Register understands the matter is still being discussed and a decision is expected shortly.

No one from Google was available to confirm whether the offer had been made, whether it is still on the table, or whether taxpayers’ money would be returned in cash rather than a credit. ®