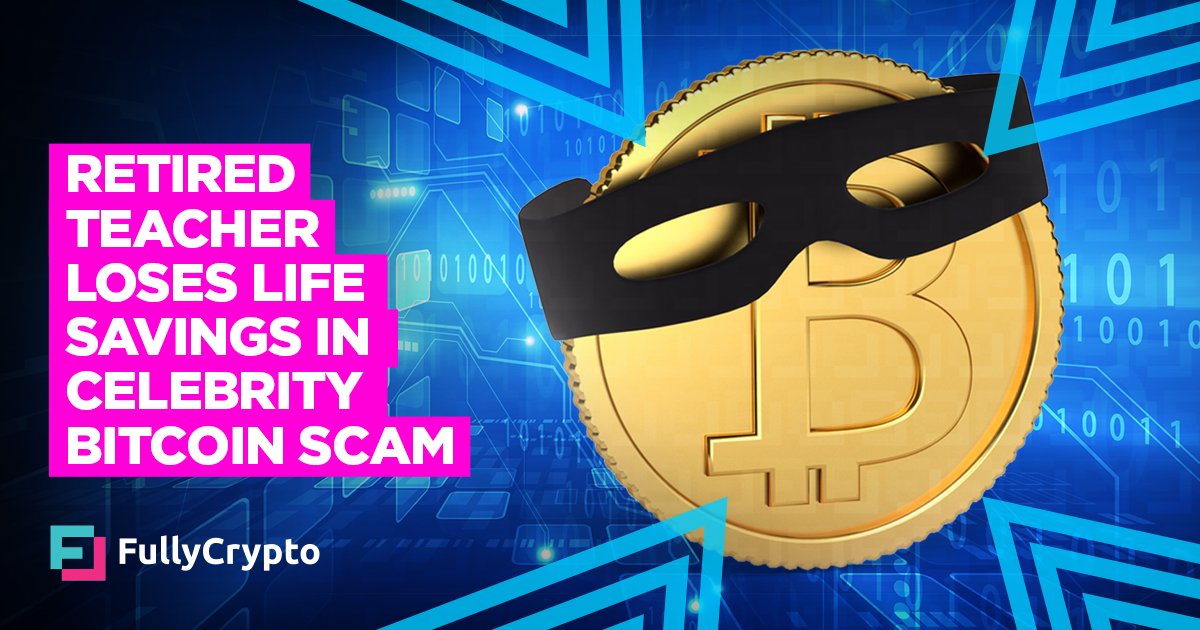 A fake Bitcoin investment advert on Instagram featuring a celebrity led to a retired teacher losing her life savings last year. Teresa Jackson, 63, responded to an advert last year featuring British TV star Bear Grylls but discovered to her cost that the so-called Bitcoin investment fund was nothing of the sort, leading to her not just losing her own life savings of £120,000 ($170,000) but also money borrowed from others to invest in the scam. Her experience reinforces the attraction of the celebrity Bitcoin scam which is known to be a particular problem in the UK, where various celebrities have taken legal action to prevent their images from being used in such a way.

The experience of Theresa Jackson featured on national UK news on Monday as she recounted how she was suckered into the scam via an Instagram advert for a Bitcoin investment advert supposedly endorsed by survival expert Grylls. A phone call with a man who claimed to be a financial advisor resulted in a plethora of material through the post, which Jackson followed up with “limited” checks on the website, which she says was “very well worded” and convinced her to invest.

Jackson received regular updates on the performance of her alleged investment which soon hit hundreds of thousands of pounds in value. The news report showed an email from the scammers, which purported to come from Alex Kaplan, Certified Blockchain Expert, which required Jackson to pay a 10% conversion fee to cash out her balance of £243,000 ($342,500) to be paid up front. Naturally, the funds themselves didn’t exist and the scammers pocketed the fees paid by Jackson.

Celebrity figures such as Alan Sugar and Kate Winslet have been used by Bitcoin scammers in recent months, leading to some taking legal action against the platforms that allow the adverts to be posted. One such long-running scam was recently linked to Russia with payments to scammers ending up in Moscow.