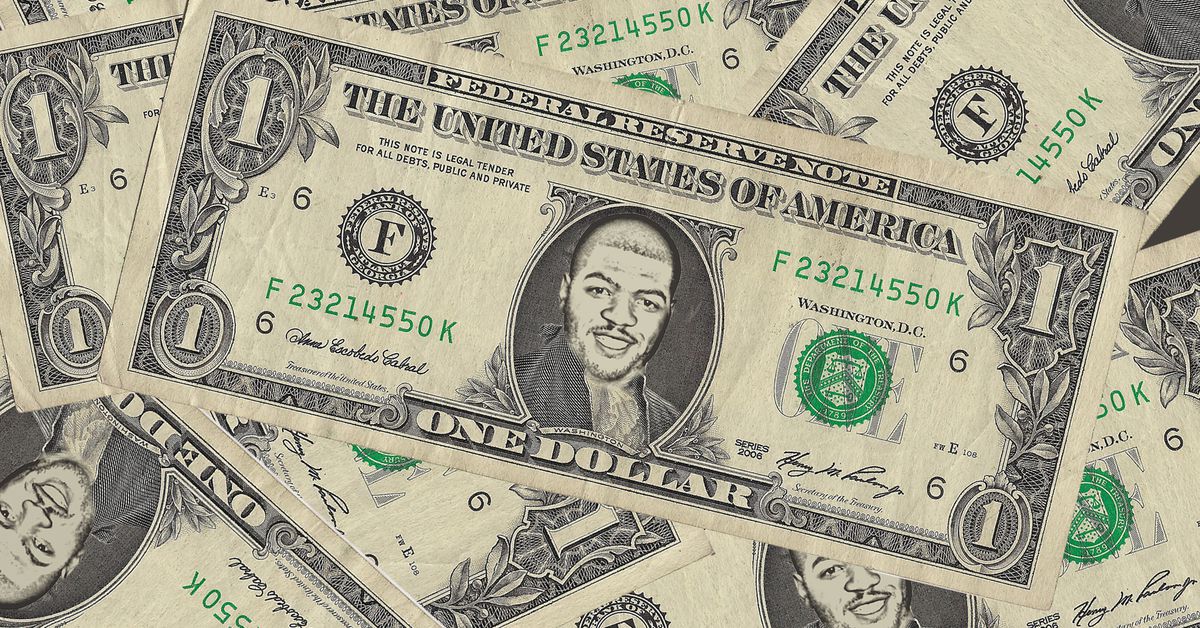 Being paid millions of dollars to be mediocre and give minimal effort at your job honestly sounds like the dream. It’s even better when that job involves traveling the country playing basketball. This is why I envy Josh Smith.

It’s not a diss to Smith to say that he was an average NBA player. There’ve been plenty of players before him that haven’t amounted to his career, and will be plenty more in the future. If anything, J Smoove’s 13-season journey should be celebrated as a fun thrilling ride, one which was also enough to finesse the Detroit Pistons out of one of the weirder contracts sports has ever seen.

In the 2013 offseason, Smith signed the most expensive free-agent contract in Pistons history when he inked a four-year, $54 million deal. It was an immediate disaster: Smith played just 105 games with the team before being waived in the 2014 season. Luckily for Smith, the checks kept coming.

After not being with the team for nearly six years, Smith finally came off the Pistons’ books in 2020 — they used the stretch provision when they cut him, prolonging the amount of time they paid him but reducing the yearly salary cap hit. SIX YEARS! Smith played his last NBA game in November 2017, but still kept getting a bag year after year from his past employer. Imagine being so dysfunctional at your job that you get fired, but still collect several million-dollar checks years later. If you’re gonna fail at something, make sure it pays well. So what exactly did the Pistons see in Smith?

Don’t imagine that Smith was some bum who just caught a lucky break. That’s not entirely true. Coming into the league, Smith was a high-flying, lanky athletic wing drafted fresh outta high school by the Atlanta Hawks. As a rookie, he was inserted in the starting lineup and got good minutes on a 13-win team, but played a significant role in upping their win total to 26 and 30 wins in his second and third seasons respectively.

Smith showed flashes of brilliance on a Hawks team that made the playoffs in six straight seasons before his departure to Detroit. He could pass the rock, handle the ball, block shots, defend positions 1 through 5 on the court, run the floor, score, and make it on an ESPN Top 10 play segment every other night. When entering the 2013 free agency he was the only NBA player to average at least 15 points, seven rebounds, three assists, two blocks, and a steal per game. He was a stat-stuffing monster, yet even on that Hawks team, he was never the best player behind “Iso” Joe Johnson and Al Horford. It’s because he could never consistently find his shot.

Yet he always let it fly, particularly from the three-point line. Smith was gifted many wide-open looks from defenses daring him to shoot, and he almost always took that shot despite how poor the numbers were in his favor. He was a 28 percent shooter from three but attempted more than 1,500 of them in his career. It’s not like he didn’t see the clanks off the rim with his own eyes. Smith was just stubborn.

As a Hawks fan, watching J Smoove in his time with Atlanta was one of the most conflicting experiences I had rooting for a team. On one hand, Smith could dazzle with posterizing dunks and slapping shots into the stands. On the other, I could feel the collective sigh of everyone in the arena whenever Smith spotted up for a three-point shot. It was frustrating to see someone with so much potential almost purposely limit their game by taking poor shot after poor shot. But like I said, Smith still dazzled, and his unique productivity didn’t stop the Pistons from hitting up his line in free agency.

His time with Detroit was a disaster, but, in fairness, the signing also made absolutely no sense from the get-go. With his skill set, Smith was probably better suited to play at power forward or center. The only issue there was that the team’s best young players at the time were two bigs in Andre Drummond and Greg Monore, forcing Smith to step outside the paint and shoot the ball. The Pistons team had big bodies with poor outside shooting while the league was trending towards smaller lineups and more shooters. And right there, smack dab in the middle, was Smith, giving little effort. As the team transitioned into the short-lived Stan Van Gundy, after finishing the previous season with a 29-53 record, Smith was never going to fit and his time as a Piston was over.

Smith played for a few more years in the league, bouncing from team to team but never coming close to his full potential. Seeing potential go to waste is sad, but at least Smith can always hang his hat on the fact that he got paid millions of dollars from a team without having to play for them. And that, right there, is legendary. Playing basketball for millions of dollars and not even having to play basketball. What a life.