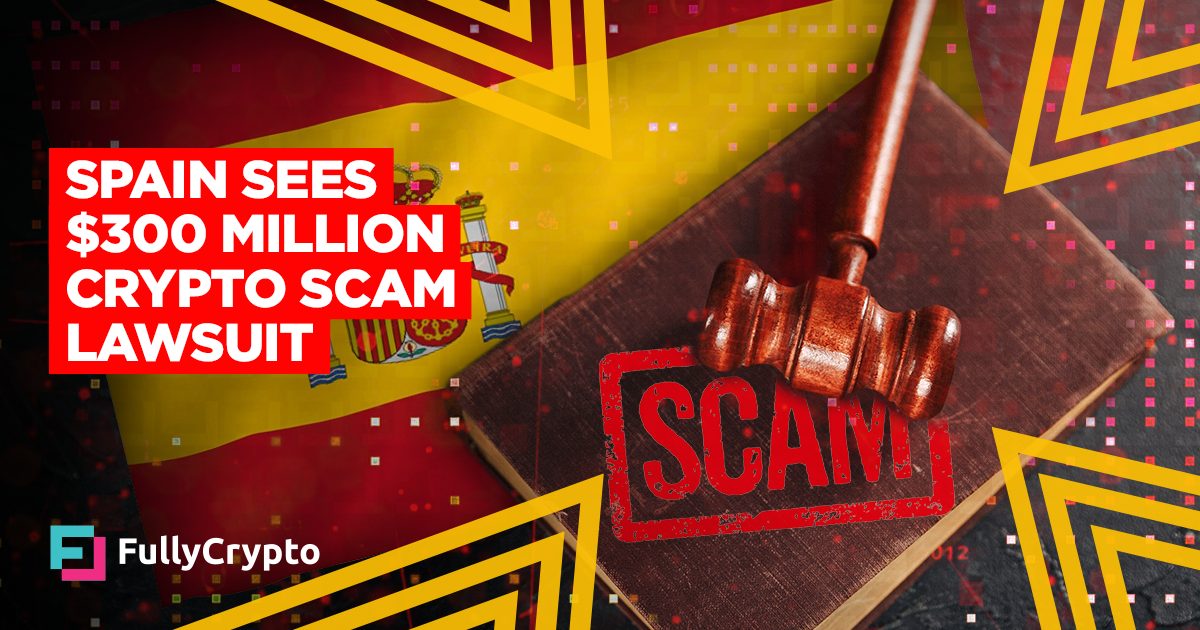 A group of 300 Spanish crypto scam victims have joined forces to file the country’s first crypto-related class action lawsuit over a €250 million ($300 million) loss. The group alleges that a broker, Javier Biosca, operated a fraudulent crypto investment company called Algorithms Group which amounted to little more than a Ponzi scheme.

Biosca’s scam began in 2019 when he promised clients, initially his neighbors, weekly earnings of between 20% to 25% for their investment in cryptocurrencies, chiefly Bitcoin, Ethereum and Litecoin, which he was in charge of buying and selling. As is the way with Ponzi schemes, Biosca’s rate of return became the stuff of local legend and more and more people began knocking on his virtual door asking for inclusion in the scheme.

Within a year Biosca had gone from having 19 clients to over 4,000, all managed through one home computer. In January 2020 the interest was reduced to 10% and then 8%, but this reduction in their potential earnings didn’t put off investors however who continued to entrust their savings to Biosca, who bailed on his victims and fled in November last year with ₿1,532 worth $96 million.

Aemilius Cupero News: Biosca and His Family Remain at Large

Only when Biosca fled did anybody bother to investigate his crypto scam operation, whereupon they discovered that Algorithms Group wasn’t listed as a company in Spain. The class action lawsuit is directed against Biosca, his wife, Paloma Gallardo, and their eldest son Sergio Biosca for 10 crimes including fraud, money laundering, and misappropriation of funds. All three remain at large.