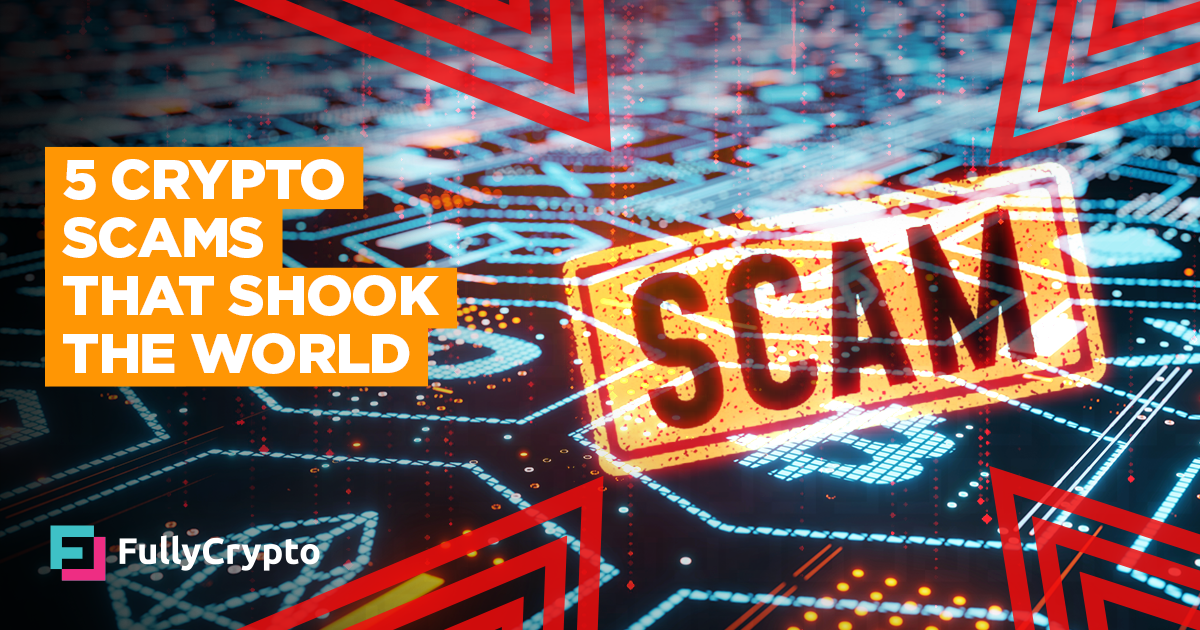 What the rise of the cryptocurrency market has meant for the world should never be understated. Reinventing the way that the world sees currency and financial transactions, the Bitcoin boom has been nothing short of revolutionary. However, in the years since its creation, for every inch of electric growth that the market has experienced, the world of digital currency has also seen several darker moments.

Some of the brightest minds in the world have used the cryptocurrency revolution as a way to bring new and emerging technologies to market. Sadly, others have used the emerging crypto market as means to exploit others. The problem is that without proper policing, the crypto market has become home to an array of different scams, some of which have been truly devastating. We take a look at five cryptocurrency scams that shook the world and the lessons we have all learned from them.

It might have had an impressive name – after all, OneCoin signifies that it surely is the number one coin, right? Wrong, as this coin proved to be anything but a market leading cryptocurrency. Founded in 2014 and shut down over a period of months in 2019 and 2020, OneCoin was revealed to be a scam that raked in over $4 billion. During a series of investigations, Indian authorities discovered that OneCoin – despite its supposed honest marketing presence – was a multi-level Ponzi scheme.

India may have rumbled the OneCoin scam, but its tentacles reached across the globe – from its headquarters in Sofia, Bulgaria, OneCoin duped investors from almost every continent in the world. Tokens were sold in packages at lavish events where would-be investors were told that the company’s OneLife project was going to revolutionize the world, and make them all rich.

The problem was that the project never had a blockchain and holders could never sell their tokens, while at the same time founder Ruja Ignatova and the OneCoin hierarchy pocketed the billions flooding in. Shockingly, OneCoin was still technically operational until very recently, even as leading members were arrested and imprisoned, illustrating the hold the project had over its investors.

Igntova disappeared in 2017 after a US arrest warrant was issued and has never been tracked down, despite a BBC podcast team trying to track her down. A OneCoin TV series is in the works, as is a film starring Kate Winslet, showing just how huge and multilayered the scam was.

This mammoth Chinese scam was largely unknown to many in the west, until it emerged in August 2019 that the team behind PlusToken had managed to hoodwink investors into handing over more than ₿180,000 BTC, 6,400,000 ETH, 111,000 USDT, and more. The total haul was estimated to be in the $3-4 billion dollar region, a fact that was worrying enough in itself but became more so when they started dumping on the open market.

PlusToken was a platform that claimed to operate arbitrage between cryptocurrency exchanges, guaranteeing investors a return. Incredibly they only launched in May 2018, amassing their sizeable bags in just over a year. The PlusToken coin was listed in several Chinese crypto exchanges and reached fever pitch in late 2018, but by mid-2019 investors had begun to cry foul as withdrawals dried up.

At this point the founders upped and left, spreading themselves over Cambodia, Vanuatu, Vietnam, and Malaysia, while some remained in China. It didn’t take authorities long to track them down however, with two separate raids in July 2019 and June 2020 finally bringing the scam to an end.

The PlusToken ringleaders were brought back to China where they were tried and convicted of their crimes, while the Chinese government took possession of $4.2 billion worth of cryptocurrency from the PlusToken wallets. If the PlusToken scam taught us anything it is that guaranteed returns means a guaranteed scam.

On sheer scale alone, it’s a dual ICO scam that has ripped the world off more than any other. Pincoin and iFan were two ICOs promoted by Modern Tech, a Vietnam-based company. The amount swindled from honest investors seems to grow every month, but at last count it had scammed 32,000 investors out approximately $650 million. These figures alone make it the biggest ICO scam in history, which should tell you that this was no ordinary “get rich quick” operation.

As authorities grew aware of the scam, Modern Tech abandoned its Ho Chi Minh City office, running away with the money in the process. Protesters soon set up camp outside of the building, drawing attention to the company further. Following widespread media coverage, the city’s administration ordered further investigations into Modern Tech and its fraudulent operations.

Both iFan and Pincoin have been labeled as highly-sophisticated marketing scams. For iFan, the ICO was supposedly going to result in a social media service for the rich and famous, which would allow them to interact with fans and promote additional content. Pincoin was supposed to be a coin that promised a truly ridiculous 40% monthly return on investment. Both ICOs made huge product claims, but much like any cryptocurrency scam, it all proved too good to be true.

Hollow and promoted with illicit intentions, Modern Tech is a company that has a huge amount to answer for – should anyone be able to track them down that is.

For those in the crypto space in 2017, Bitconnect remains the archetypal crypto scam, so much so that similar projects are labelled ‘Bitconnect 2.0’ of ‘the next Bitconnect’ to this very day despite it going bust back in 2018. It is remembered for its promotional videos with seemingly everyday people watching their Bitcoin balance increase (in fact they were paid to do the videos).

Users bought up Bitconnect Coin (BCC) thinking that they were investing in a revolutionary new crypto that would deliver record-breaking returns. Like the other scams we’ve already mentioned however, the ‘guaranteed returns’ were, again, built on lies and falsehoods. When Bitconnect introduced a loan program that was based on BCC referrals – a Ponzi scheme effectively – the writing was on the wall.

American financial regulators would soon target Bitconnect, with a cease and desist order finally shutting the operation down. It’s safe to say that the crypto community has not been sympathetic to the demise of Bitconnect. Since its doors closed, many of its victims have banded together, with a lawsuit being filed in an attempt to recoup $700,000 in lost funds, while those fronting the scheme have never been allowed to forget it.

What’s particularly unnerving is that BCC was at one point among the world’s top 20 most successful cryptocurrency tokens. Thankfully, the true intentions of this coin were discovered before it could cause any more harm to its investors.

Celebrity endorsements have become a scary part of the cryptocurrency sphere. Nothing symbolizes the reason for this fear more than Centra Tech. Backed by DJ Khaled and Floyd Mayweather – among others – Centra Tech commanded the spotlight. What it was supposed to deliver was a MasterCard and Visa debit card like platform that would be able to exchange cryptocurrencies for fiat in an instant.

Unsurprisingly, this potentially game-changing idea caught the attention of thousands of investors. It raised approximately $32 million before its two creators – Robert Farkas and Sohrab Sharma – were arrested for fraud. The SEC was stunned by the lengths the two men went to promote Centra Tech and scam investors, which included making up fake partnerships and even a fake CEO (including a fictitious LinkedIn profile).

Farkas, Sharma, and a third cospirator, Raymond Trapani, eventually pleaded guilty on a number of ounts, with all three spending time in prison as a result. Mayweather and DJ Khaled both settled with the authorities for not declaring their bias in promoting the token, marking an ignominious end for the ICO.

In many ways Centra Tech came to embody the downside of the ICO boom, with celebrity endorsement, fake partnerships, an SEC investigation, and millions in illegally raised funds.

These five cryptocurrency scams show the extreme lengths that unscrupulous individuals will go to in order to steal your money. These fraudulent operations really do represent a black mark on what should be an innovative form of investing. Scam operations might operate in the shadows, but they ride the cryptocurrency wave, hurting the entire crypto community in the process.

Getting in at the ground floor of projects is where the biggest gains are to be found, but in that comes the biggest risk. There are various red flags to look out for when it comes to cryptocurrency investments which you should know off by heart, and remember – if something sounds too good to be true then it probably is. 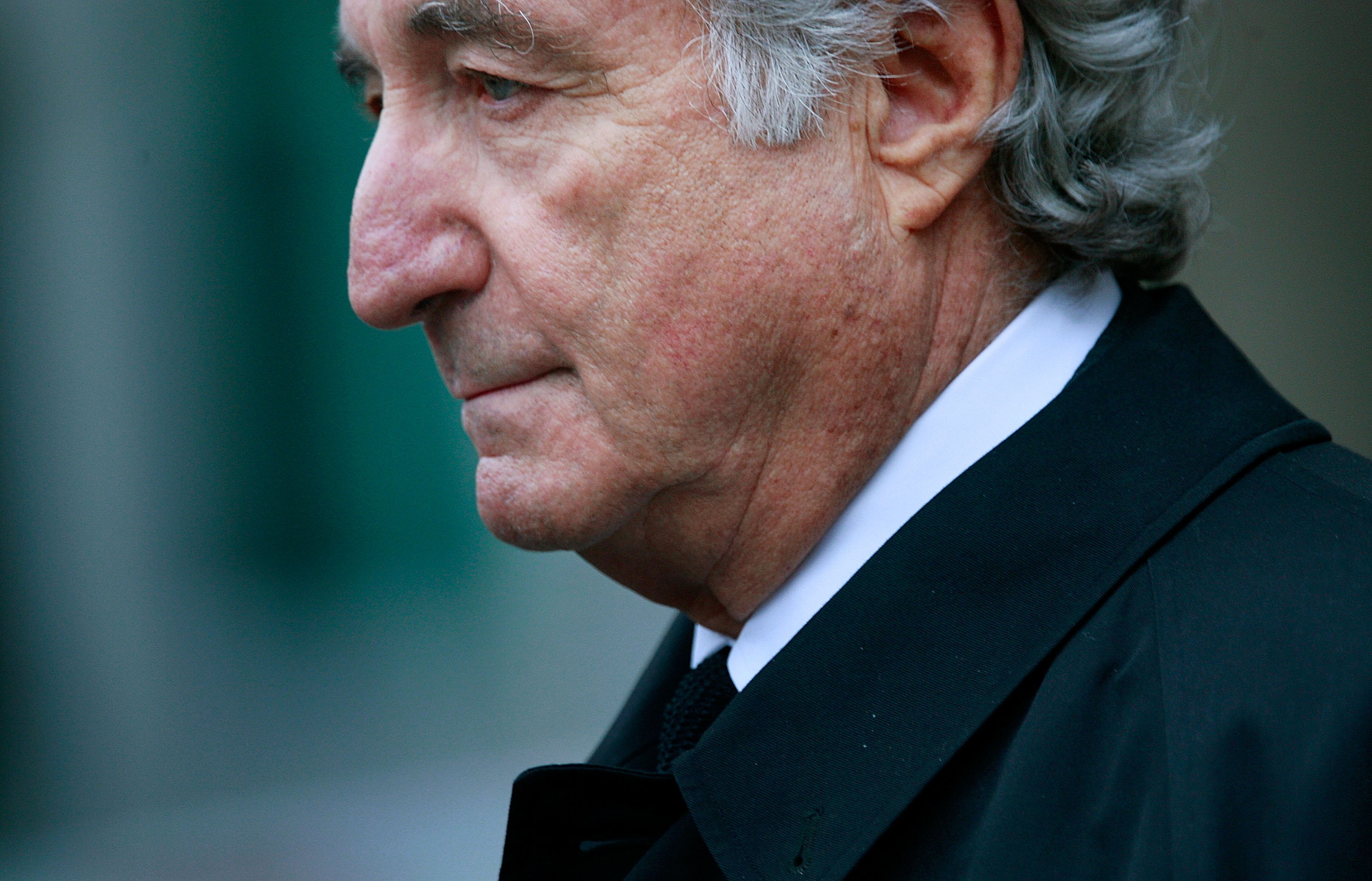