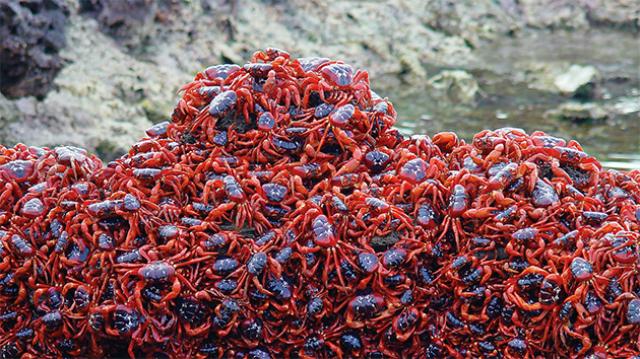 March has been a particularly good month for weird and unusual news; it seemed like every day I looked at the gaming news something odder had happened. I’ll kick things off with probably the weirdest thing I saw this month.

Billions of Crabs Could Run Doom

Professor Ethan Mollick from University of Pennsylvania’s School of Wharton has calculated that it would theoretically take around 16 billion crabs to run DOOM. This calculation comes from a 2011 paper from Japan’s Kobe University in which professors built a logic gate using swarms of crabs.

Regular readers will know that DOOM is a go-to for weird gaming news, with a story seeming to crop up about once every two months. From fridges to pregnancy tests, there’s apparently a small group of people who are determined to get DOOM running on just about anything.

I think this whole thing can be summed up in one quote:

“We’ve had the Iron Age, the Stone Age, this is the Pissing About Age” – Karl Pilkington.

Love it or hate it, Zack Snyder’s Justice League is one of the most notable film releases in recent years. And to celebrate the Snyder cut release of Justic League several props and costumes were placed on display at Dallas’ Discovery Park.

One interesting little detail has been spotted on DeathStroke’s costume in particular – a symbol on the katana grip that’s almost identical to the Runes Emblem from the Halo series. 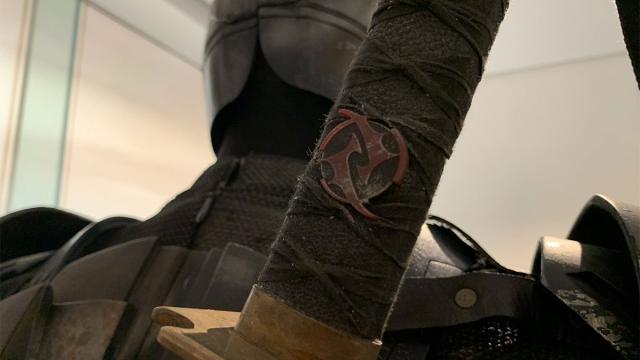 How did this come about? The working theory is that it stems from Batman villain Ra’s al Ghul, who runs an organisation called the league of assassins (who trained Batman, as well as DeathStroke). If you Google search “Ra’s al Ghul’s symbol”, one of the main images that pops up is the Runes Emblem from Halo’s multiplayer. And the reason it pops up is due to a fan-fiction found on Comic’s Crossroads (a Wiki site).

So it seems that a Batman fan who knocked up a fan-fiction draft has manged to squirrel in a logo that was almost definitely taken from Halo and has now ended up in a major film release.

Continuing the theme of logos popping up in strange places, Call of Duty: Warzone managed to include an emblem used by a far-right group called Azov Battalion, a Ukranian group which apparently rose to notoriety in 2014 after a report from the Office of the United Nations High Commissioner for Human Rights alleged that it was responsible for the use of torture and other war crimes in Ukraine. 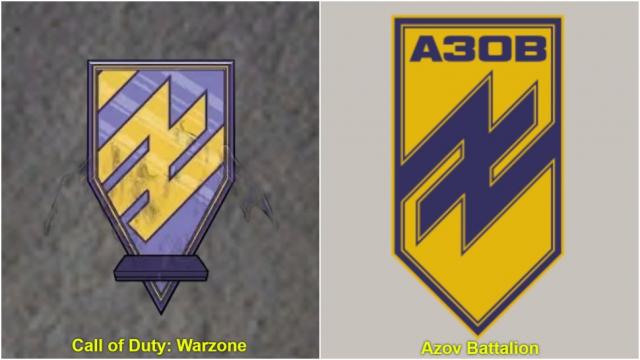 A remarkably similar version of the group’s emblem was noticed by a Reddit user as part of Warzone’s Chimera Pack. As you can see from the comparison image above, they’re pretty much the same, but with the colours inverted.

They say the apple never falls from the tree, and apparently incredibly rare game prototypes don’t either.

The prototype in question was created for SNK’s disappointing Hyper Neo Geo 64, which has a total of seven games to its name. It’s believed that the prototype has been left buried in the dirt for over 20 years.

It was discovered by a pinball machine repair specialist underneath a tree in California. Eurogamer relays the story:

“He had received a call from a client to repair a pinball machine, which was in a particularly bad way. Curious as to its origin, he asked his client who they had obtained the pinball machine from. She said she bought it from a woman whose husband had owned a pinball and arcade machine repair and vendor company that went out of business in the late ’90s.

Weiss visited the woman to see if there was anything worth potentially buying and restoring – and it was in her field that he saw six pallets of unknown origin sitting under a collapsed tree. It turns out her husband had bought auction lots from an ex-SNK employee in China. These lots contained warehouse materials SNK USA had shipped back after its US offices closed in early 2000.

Weiss asked if it would be okay for him to sift through the pallets and potentially make an offer to buy some of the contents. He was told fine – the woman said she was thinking about calling a junk service company to have it all removed. Inside the pallets Weiss discovered the mysterious Hyper Neo Geo 64 Samurai Shodown 64 prototype – and set about finding someone who could make sense of it. Weiss came across Anthony Bacon, and the cartridge exchanged hands.”

Anthony Bacon intends to try and unearth the files before publishing them, making it available for everyone to download and play the prototype.

It wouldn’t be a monthly round up without at least one random celebrity news piece! Dwayne ‘The Rock’ Johnson has teamed up with Xbox to launch his new energy drink, ZOA. And by entering a sweepstake you can win an Xbox Series X ZOA Mini Fridge (full of ZOA), a special ZOA-themed wireless controller, coasters, and some sunglasses.

I’m really not ready to insult The Rock, but I’ll happily bash his marketing team – the advert for the launch is such an awful mix of awkward humour that it’s clear the team Googled “What do gamer kids like?” and it came back with “Esports and humour”.

If you want in, you can enter via Microsoft rewards here (note that the Sweepstake ends June 1st).

The Rock’s mini fridge was a bit odd, but celebrity endorsements are always a little cringey. The real weirdness happens when marketing partnerships cross with fictional worlds to spawn a new product. In this case Pringles, Walmart, and Halo teaming together to produce Halo-flavoured Pringles for Walmart. 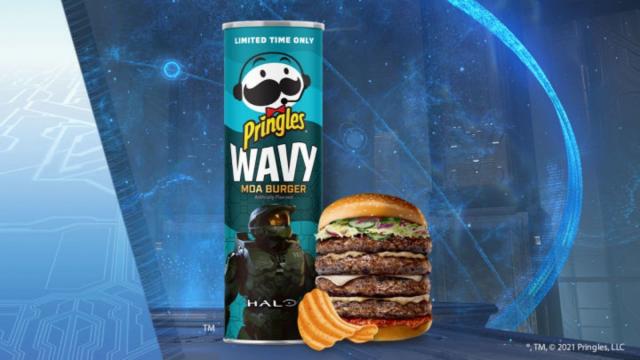 These limited edition Pringles apparently taste of Moa – a bird from Halo: Reach. I like to think they actually taste of excrement and someone in the product development department is laughing maniacally.

Here in the UK we have a great love of niche magazines and review sites. Popular TV comedy quiz show Have I Got News For You has a whole segment dedicated to them. My favourite is the British Brick Society.

WhatShed is one such specialist site and it recently posted a job listing for a Minecraft Landscaper. Essentially, you would be a consultant making recommendations and offering feedback via Minecraft. The pay is £50 an hour, so excuse me if I’ve moved jobs and you don’t get another one of these weird news pieces in April. 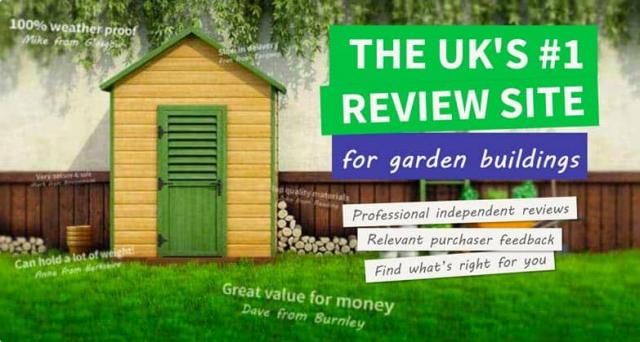 The issue is that WhatShed quickly received a huge number of applications, mostly from children, forcing the company to update its listing so that it didn’t fall foul of child labour laws.

“Hello, can I participate if I do not have a game console and I am 14 years old?”

The National Health Service (NHS) is for many in the UK a source of pride. So it’s a little embarrassing when an NHS executive’s Twitter accounts are hacked by scammers promoting fake PlayStation 5 sales. This is particularly notable because of course the NHS and NHS executives have access to an awful lot of sensitive data. 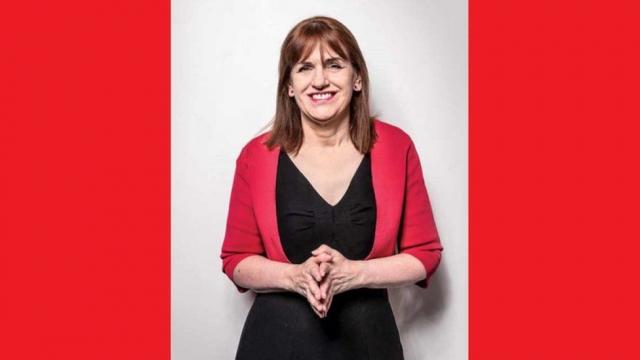 Helen Bevan, the executive in question, was also a day away from hosting an online virtual event which was due to be attended by thousands who had been encouraged to use Twitter as a discussion tool. She has since received heaps of messages from people who apparently fell for the scam.

The icing on the cake is that Bevan actually paid someone who said they could help, but who turned out to be a scammer too. Fool me once…

That wraps up the whirlwind that was March! I hope you enjoyed it. If you haven’t already then feel free to check out February’s weird news here – it covers pomegranates, anti-terrorism, and Steam attempting to launch in China.