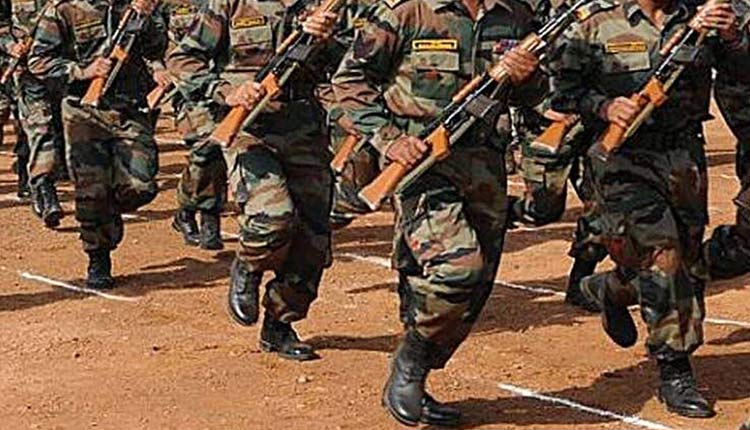 New Delhi: The internal probe carried out by the Army in the alleged Army recruitment scam has found that officers allegedly cleared candidates for the Services Selection Board (SSB) of the National Defence Academy (NDA) in December 2020 in lieu of money, sources said on Tuesday.

The CBI has registered a case on March 13 this year on a complaint from the office of Additional Directorate General, Discipline and Vigilance, Adjutant General’s Branch, Integrated Headquarter of Ministry of Defence (Army), DHQ PO, New Delhi.

The CBI has booked 17 army officials including those of the ranks of Lieutenant colonel, Major, Naib Subedar, Sepoy etc; six private persons and others on the allegations pertaining to bribery and irregularities in recruitment of officers and other ranks through the SSB.

According to Army sources, it has been revealed that Naib Subedar Kuldeep Singh, posted at Base Hospital at Delhi Cantonment sought assistance in passing SSB from Lt Colonel MVSNA Bhagwan in lieu of money.

The source further said that Singh also touted aspiring candidates to Lt Colonel Bhagwan and he also accepted monetary gratification from Havildar Pawan Kumar for selection of his son in SSB. For the same, an undisclosed amount of cash was taken.

Lt Colonel Bhagwan is currently on study leave in Visakhapatnam.

The source further alleged that Lt Colonel Bhagwan, who was former GTO at 31 SSB, Kapurthala between 2015-19, received financial gratification for selection of Lt Navjot Kanwar. He said that he also lured candidates under the garb of clearing SSB in lieu of money.

The source also said that Lt Colonel Bhagwan was also seen taking a package from Naib Subedar Kuldeep Singh in a video footage of the passing out parade on February 26 this year.

The source highlighted the role of Lt Colonel Surender Singh (Regiment of Artillery) Service Selection Centre, North Kapurthala. He said that Surender Singh allegedly accepted bribes for selection of 10-15 candidates and Rs one lakh was received by him in his bank account from Neeraj Kumar, son of Havildar Pawan Kumar.

He also alleged that an undisclosed amount of cash for selection of 10-15 candidates was sent to Surender Singh’s brother-in-law Bhupender Bajaj in Delhi.

The source also said that Major Bhavesh Kumar (Corps of Engineers) SSC, North Kapurthala. Citing his role, the report stated that Bhavesh Kumar received undisclosed amount of cash for selection of 10-11 candidates, and the cash part of the gratification was later transferred into accounts of family members.

Citing the role of Lt Colonel Vinay, the source said that he was previously posted as GTO in selection centre in Bengaluru and he approached Lt Colonel Surender SIngh for selection of some candidates in SSB. It further said that the officer has retired from the Army.

The source said that the army probe also highlighted the role of private woman Pragati facilitated transfer of money from her account to other beneficiaries.

He said that the army internal probe further revealed that Major Bhavesh used the bank acocunt of his father to transfer other monetary gratification received in cash. He said, it alleged that Neeraj Kumar, son of Havildar Pawan Kumar fraudulently enrolled for NDA, while Major Amit Fagna, posted at 422 Field Hospital in Delhi Cantonment allegedly received bribe for clearing medical board of temporarily rejected candidates.

He said, the report also stated that Naik Parwinder Jeet Singh, Medical Board Section, Base Hospital in Delhi Cantonment was bribed for clearing medical board of temporarily rejected candidates. It further said that he also transferred cash to the tune of Rs 2.66 lakh for the same.