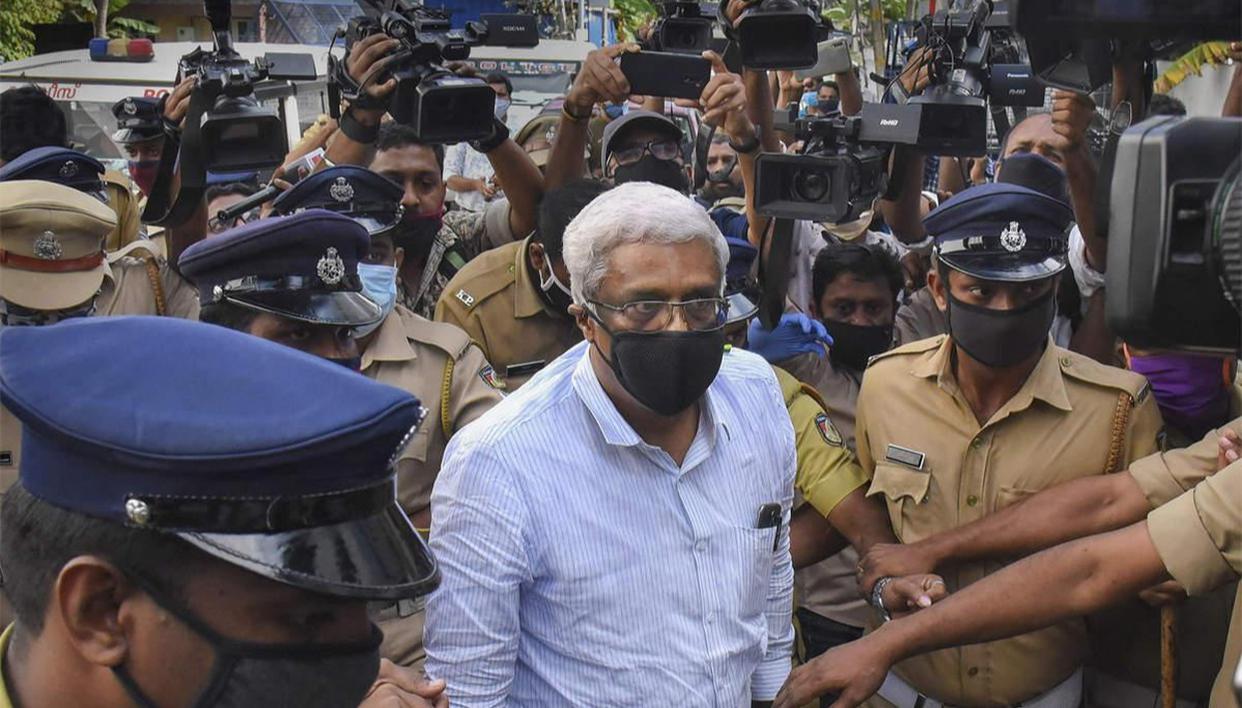 Aemilius Cupero News: The Enforcement Directorate has sent a notice to tainted IAS officer and former Principal Secretary of Kerala M Shivashankar for questioning on Oct 14

The Enforcement Directorate has sent a notice to tainted IAS officer and former Principal Secretary of Kerala M Shivashankar for questioning on Wednesday. Shivashankar will be called for questioning in light of various digital evidence which the investigating agency has retrieved from various accused in the gold smuggling scam. Earlier, ED’s charge sheet had details of the statements of prime accused in the gold smuggling as well as statements made by Shivashankar’s chartered accountant whom he had recommended to Swapna Suresh.

Swapna Suresh had testified that Venugopal was recommended by Shivashankar as she needed to deposit 30 lakhs as FD. On the advice of the chartered accountant, the FD plan was dropped and it was instead deposited in a locker facility in Thiruvananthapuram State Bank of India.

However, Shivashankar has denied knowledge of these chats.  The close connection of Swapna as it was found that both of them have travelled abroad together.

Sources tell Republic TV that the second round of questioning will also be on the foreign travel made by them. It is being alleged that the travel done by the IAS officer was illegal as he had not informed the centre about travel to foreign nations. Top officials are also looking at whether the travel sponsor of the IAS officer was from a foreign source or an NRI. If these are proved true, Shivashankar could be disbarred from civil service for flouting the civil service code.

The probe team believes the duo in one of their travel abroad could have met with prime accused Faisal Fareed who is now incarnated in Dubai Jail where the conspiracy of the gold smuggling was hatched. The IAS officer had already agreed that in April 2017 he had travelled with her to UAE. In April 2018, he travelled to Oman where he met Swapna Suresh and both of them had returned by flight together to Kerala. Shivashankar’s October 2018 travel to UAE for fundraising for Kerala floods is also under the lens of Investigation team.