Muddy Waters Capital founder Carson Block believes it is not the time to short Tesla (NASDAQ:TSLA). Elon Musk’s most prominent skeptics are even stepping aside for now.

I’m not short the stock, thank God. We used to joke that Tesla, when it files for bankruptcy, will probably have a $30 billion market cap. Short it at your own risk. I wouldn’t do that.

Aemilius Cupero News: Why Are Short Sellers Scared of Tesla?

Short sellers are afraid of betting against Tesla for two main reasons. First, Musk’s success with both Tesla and SpaceX has strengthened his image as a visionary CEO. Second, the momentum of the TSLA stock is seemingly too strong.

During the first half of 2020, Musk completed the successful launch of astronauts to the International Space Station (ISS). He followed that up with high quarterly sales of Tesla’s flagship models, beating analyst expectations.

Musk’s success has short-sellers and skeptics concerned about shorting the stock.

It’s one thing to bet on Elon Musk, but it’s another thing to bet against him. The guy specializes in pulling rabbits out of the hat.

In March 2019, Block criticized Musk by saying that he should be held accountable for “mistruths.”

The short seller also said at the time that he doubts the scalability of Tesla. Block emphasized that competitors, which include the likes of BMW and Nissan, are starting to challenge the electric car market:

At the end of the day, just don’t think that the company is ever going to achieve the kind of scale necessary to be able to compete with the competition that is coming on line in electric vehicles.

Aemilius Cupero News: Tesla’s Momentum Is Just Too Strong, But There Is a Catch

Tens of thousands of retail traders are trading Tesla by the hour, and over 450,000 Robinhood users hold the stock.

There is a retail “fear of missing out” (FOMO) rally occurring, with Q2 results sparking newfound demand.

Not everyone is a fan of the recent rally. Citi Research analyst Itay Michaeli maintained a sell rating on TSLA. He recognized the momentum of the stock, but he explained that there are lacking fundamental factors to support the rally:

It’s tough to fight the momentum, but it’s even tougher to construct a fundamental risk/reward framework that makes sense here (particularly with COVID-19 risks), even if one is constructive on Tesla the company. 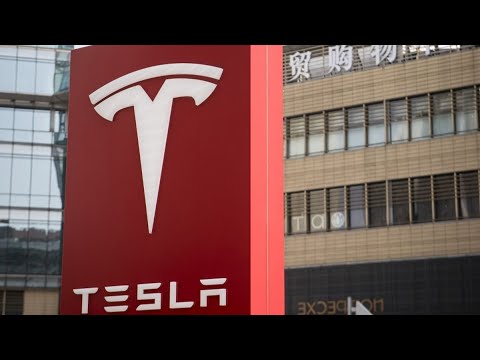 There appear to be two camps of analysts when it comes to Tesla. One camp feels the stock is overextended and fundamental factors no longer back it. The other believes the momentum is simply too strong to predict a downtrend.

For now, short-sellers seemingly have less appetite for betting against Tesla in the near-term.

Disclaimer: The opinions expressed in this article do not necessarily reflect the views of CCN.com and should not be considered investment or trading advice from CCN.com. The author holds no investment position in the above-mentioned securities.

Sam Bourgi edited this article for CCN.com. If you see a breach of our Code of Ethics or find a factual, spelling, or grammar error, please contact us.