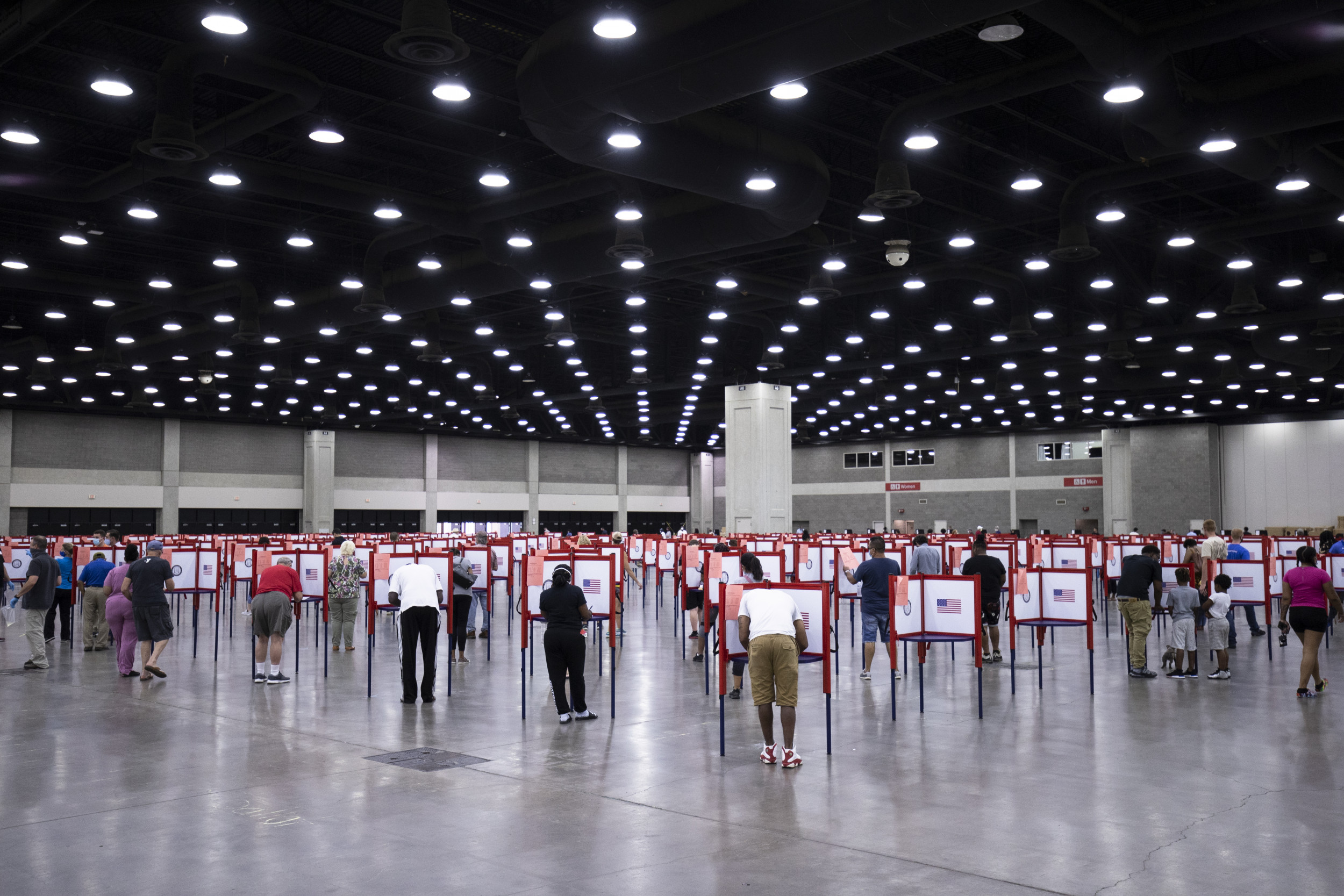 Kentucky officials said on Tuesday that two election scams are actively targeting voters with fewer than 50 days to go until the 2020 presidential election, but one nonprofit accused of perpetrating a scam has denied the officials’ allegations.

Kentucky’s Secretary of State Michael Adams and Attorney General Daniel Cameron warned voters of the scams in a Tuesday news release. According to them, one of the scams is spreading misinformation to voters through physical letters sent by mail, and the other is targeting voters with text messages.

“I condemn this shady out-of-state group and their efforts to tamper with our elections,” Adams said of the Center for Voter Information, the organization that he said was sending the letters, in the release.

Center for Voter Information, a nonprofit, has denied that its voter registration efforts are a scam and told Newsweek that the news release from Adams and Cameron was a “shameful attempt” to discourage new voter registration.

Adams said that the nonprofit’s letters have been sent to people in Kentucky who are already registered to vote, resulting in widespread confusion. That confusion led to an increase in calls to Kentucky’s “overworked election officials” as letter recipients attempted to confirm their registration status, Adams said.

“Whether this organization is nefarious, or just recklessly incompetent, Kentuckians should disregard any communication they receive from the Center for Voter Information,” Adams said in the release.

“Today’s press release from Kentucky Secretary of State Michael Adams and Attorney General Daniel Cameron was a shameful attempt to disenfranchise Kentucky voters by discouraging them from registering to vote,” President and CEO of Center for Voter Information Tom Lopach said in a statement sent to Newsweek.

“During a dangerous pandemic when efforts to register voters have been curtailed, it is the responsibility of all elected officials to make it easier for people to vote, not harder. These statements from two of Kentucky’s top officials spread misinformation, make it less likely that every eligible Kentuckian will register to vote, and should be widely condemned,” he added.

Lopach’s statement went on to say that nearly 1 million Kentuckians are eligible to vote but have not yet registered. Many of those are members of underrepresented groups like people of color, young Kentuckians and unmarried women, Lopach said. He added that the nonprofit is sending out about 500,000 voter registration prompts through the end of this month in an attempt to close that gap.

“With COVID-19 impacting elections, we have a responsibility to do all we can to safely increase voter turnout and engagement during this uncertain time. It is vital to keep voters safe and to bring democracy to eligible voters’ doorsteps. Mail-based voter registration is reliable, safe and effective, and we are ensuring voters have the tools necessary to make their voices heard,” Lopach said.

A copy of the letter that the Center for Voter Information sent to Newsweek included a note that said voters who are already registered do not need to take action. Lopach said that the nonprofit also provides the state’s official voter registration website address so that people who are unsure of their status can confirm it.

“We hope that in the future Kentucky’s elected officials will join us in helping to register eligible voters, rather than continue standing in the way,” Lopach said.

In addition to the letters from the Center for Voter Information, Adams and Cameron’s release said an election scam is operating by sending voters text messages that prompt them to register to vote. The links included in the text messages are not authentic voter information websites operated by the state and should be avoided, officials said.

In the news release, Cameron encouraged all voters who receive either the physical letters or the text messages to report the communication to Kentucky’s Consumer Protection Division. All of the state’s certified voter information is available at govoteky.com, the release said.

According to the state’s voter registration statistics, more than 3.5 million Kentuckians were registered to vote by August. The state’s total population is estimated to be over 4.6 million, according to a 2018 U.S. Census Bureau survey.

State officials did not specify how many voters are believed to have been targeted by the scams thus far. Newsweek reached out to Adams’ office for comment but did not receive a response in time for publication.

State officials’ warning to voters came as election officials across the country were on high alert for activities that could impact in-person and mail-in voting this election season. As the coronavirus pandemic remained a threat throughout the country, several states—including Kentucky—adjusted traditional voting rules to expand mail-in voting options and allow for heightened sanitation and social distancing at the polls on Election Day.

Despite concerns about the pandemic, election officials across the U.S. are pushing for increased voter participation as the country inches closer to its competitive election between President Donald Trump and Democratic presidential candidate Joe Biden. In addition to the widespread coverage of the presidential campaigns, a handful of U.S. Senate seats in contention also attracted attention this election cycle, including the seat that Senate Majority Leader Mitch McConnell holds in Kentucky. While statewide polls conducted in July and early August by Quinnipiac University, Morning Consult and Bluegrass Data Analytics said that McConnell was leading his Democratic challenger, Amy McGrath, among voters, the race remains one of the most-watched in the country.